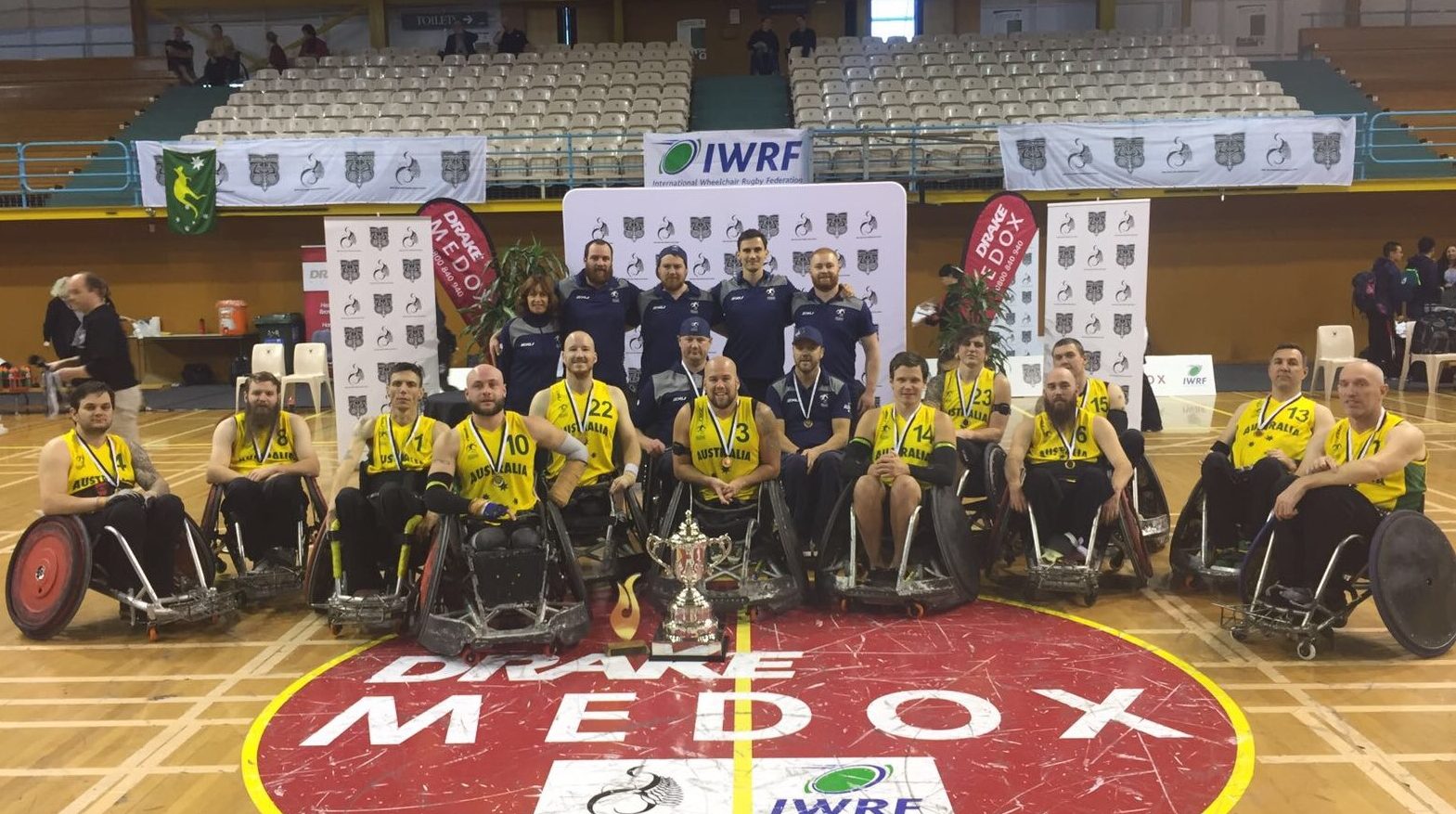 Australia’s wheelchair rugby supremacy remains intact after the Steelers added another trophy to their cabinet today with victory at the IWRF Asia Oceania Championships in Auckland.

The Steelers defeated Japan 53-46 in the gold medal match to live up to the hype which surrounded the reigning Paralympic and World Champions heading into the four-team tournament.

With anything less than a gold medal considered a disappointing result, Australian head coach Brad Dubberley said he was proud of the way his men dealt with the pressure.

“We’re obviously really happy to get the win, but it was the way the boys executed all of our plans which was the most pleasing thing for me,” Dubberley said.

In a highly physical contest befitting a final, it was Japan who made the better start and piled on the most pressure in the opening exchanges. It led to Australia conceding the first two turnovers which Japan converted to a two-goal lead midway through the first quarter.

But the Steelers didn’t panic and fought their way back to 11-all at quarter time. And despite Japan’s best efforts to thwart the inevitable Australian onslaught, they just couldn’t regain the advantage. Instead, the Steelers’ offence – led by 3.5s Chris Bond, captain Ryley Batt and 0.5s Mick Ozanne and Ben Fawcett – extended their two-goal half-time lead into the emphatic seven-goal triumph.

“We only gave up four turnovers for the whole game, three in the first quarter and one in the third. That’s an awesome effort in a final,” Dubberley said.

“To give Japan an early lead and work our way back to win by seven goals just shows what this team is capable of when we turn it on. Everyone took on board the plan that we wanted to put in place and it showed.”

With the tournament in Auckland also doubling as the qualifier for next year’s IWRF Wheelchair Rugby World Championships in Sydney, it was New Zealand who emerged as the hard luck story. Australia and Japan earned the right to represent Asia Oceania in the 12-team draw as the top-two qualifiers, with New Zealand losing their chance following a gut-wrenching 50-44 loss to Japan in the semi-final.

The only consolation for the Kiwis in front of their home crowd was their 44-41 victory over South Korea in the bronze medal match.

Australia’s next international appearance will come during their United States tour in November.