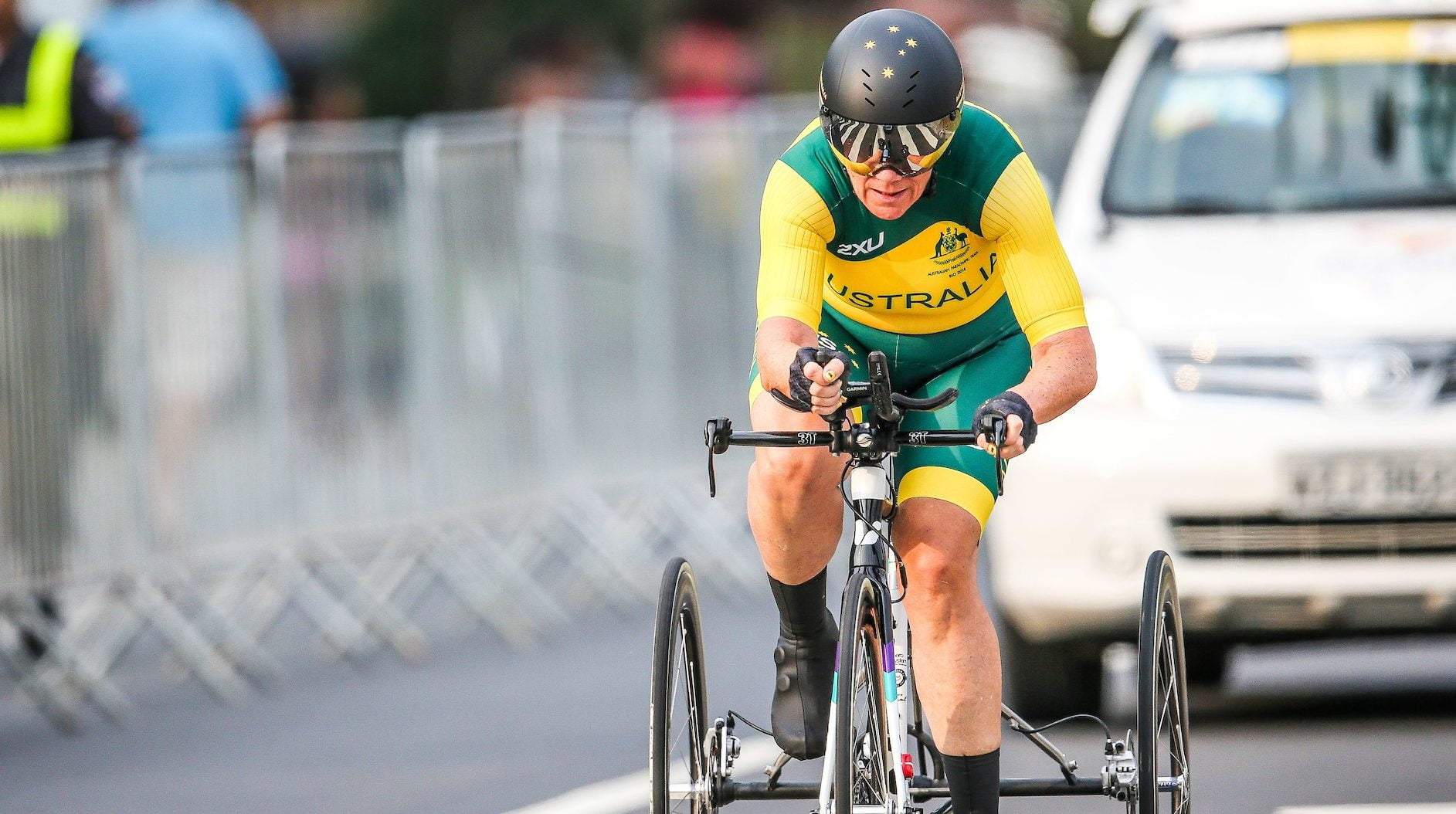 The Australian Para-cycling team has arrived in Pietermaritzburg ahead of the 2017 Para-cycling Road World Championships, to be held from 31 August 2017.

In July, Cooke wrapped up her 2017 World Cup season with three gold, two silver and one bronze to finish just eight points behind Jill Walsh (USA) on the standings.

“Funny enough I wasn’t very happy with my form at the start of the World Cup season but I rode my way back to form towards the end in the Netherlands and I am feeling very happy with how I am riding now however,” said Cooke, who returned to Australia for training ahead of the World Championships on courses similar to those she will face in South Africa.

“I actually really like both the time trial and road course. The time trial is a bit different than most of our time trial courses as it is very hilly but it actually suits me. But it is similar to riding the Boulevard in Kew [in Melbourne] so that is where most of my training and preparation has been done for the last six weeks.”

While she will be gunning to defend her time trial crown, which would be her fourth straight, Cooke has her sights set on regaining her road crown.

“I lost my road world championship in 2015, so I obviously want to get that back and continue with my run of winning the TT,” she revealed.

“But the girls have gotten a lot stronger in the last year or so, so the competition will be tough.

“As long as I can go out there and give it 110% and do the best I can I will be happy with myself but if the wins come along with that it would be fantastic.”

Fellow reigning time trial world champion Kyle Bridgwood (QLD) will be eager to defend his rainbows in the C4 event.

“I feel good going into the championship, it has been challenging preparing for this championships juggling full-time university and training this year, but I feel like I have done the best I can getting ready,” said Bridgwood.

“As defending champion, I am definitely targeting the individual time trial, although it would be great to get a result in the road race.

“The time trial course suits me more this time, than the course in Rio did, it has a few rolling hills and some technical sections which breaks it.”

Bridgwood claimed one gold, two silver and one bronze during the 2017 World Cup season, and is welcoming being back amongst the Australian cycling team atmosphere.

“Apart from the racing it feels good to get together with the team again, I really enjoy the team environment.”

With the Tokyo 2020 Paralympic Games qualification period commencing in January 2018, Cycling Australia Para-cycling Technical Director Peter Day is excited about the opportunity the World Championships offers for a number of debutants including including Meg Lemon (SA) and tandem duo Kieran Murphy (SA) and his pilot Lachlan Glasspool (SA).

“This is a great opportunity to really measure ourselves on the international stage and give the new riders a true measurement of where they are at and where they would need to be to be in consideration for Tokyo selection,” said Day.