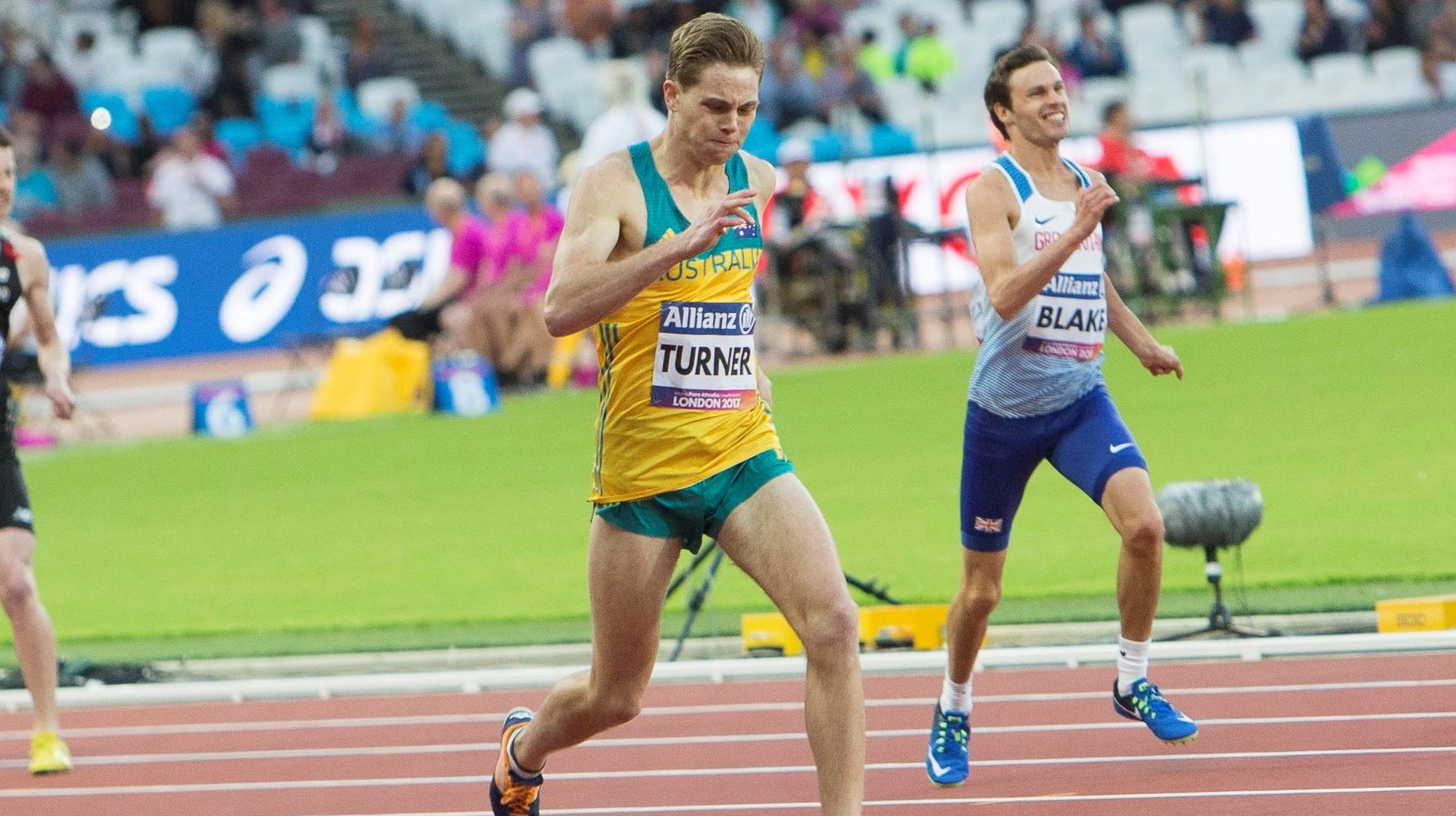 Australia’s medal success at the 2017 World Para-athletics Championships in London, England has continued, with two gold and two bronze medals added to the tally on day eight.

James Turner (T36, NSW) claimed his second world title at this championships, with a stunning victory in the T36 400m. Backing up after his triumph in the T36 200m, Turner had to use every ounce of energy to win the full lap in a time of 54.27s, causing him to fall over with muscle spasms at the finish line.

“It feels good to have another win under my belt, but it’s very bittersweet because I’m quite disappointed with how I ran that race,” Turner said.

“I always thought I was going to win, but I thought I’d run it better tactically. I ran the first 350m way too quick. I felt fantastic, but I had no idea how fast I was going. In that last 50m, I had nothing left in my legs, I was stumbling towards that finish line, which wasn’t a good feeling at all. “

Turner, who is competing at just his second international competition, will treat this as a key learning as he looks ahead to a promising career on the track.

“I have to learn to take it easy and not get carried away. With a little more experience, I’ll learn to cope with that.”

Australia’s other gold medal on day eight came with victory in the men’s T38 100m.

Meanwhile, dual Paralympian Torita Blake (T38, Qld) managed to reclaim her world championship bronze medal in the T38 400m despite an injured hamstring, and dedicated it to her grandfather who passed away just last month.

“I was running, aiming for a medal, and I got there. My grandfather passed away a month ago today, and I just wanted to do this for him,” she said.

“My hamstring has been playing up since the 200m, but I need to accept that not every day is going to be a PB day, and that’s okay. You get what you give on the day, and I’m glad I gave a medal-winning performance.”

Visibly in pain after the race, Blake, who also has a vision impairment, is mostly proud of not giving up.

“I could have stopped in the middle of the race and given up, but that’s not me. I don’t give up.”

Wheelchair racer Rheed McCracken (T34, Qld) had a strong start in the T34 200m, finishing so close to silver that his bronze medal result came down to a photo finish. McCracken finished in 27.81 (-1.5) behind the United Arab Emirates’ Mohamed Alhammadi (27.81) and four-time world champion Walid Ktila from Tunisia (27.14).

“We’ve been putting a lot of work into my sprints lately, but I wasn’t quite up there in the number one spot. I was coming in second for most of that race, but I could see in my peripherals that Mohamed was coming up on the side. I was hoping to be a bit closer to the finish at that point, but finishing with bronze is a pretty good way to end my championships.”

In other results from day eight of competition, Sarah Edmiston (F44, WA) finished in seventh place in the F44 shot put with a throw of 8.04m.

By Athletics Australia and APC Media