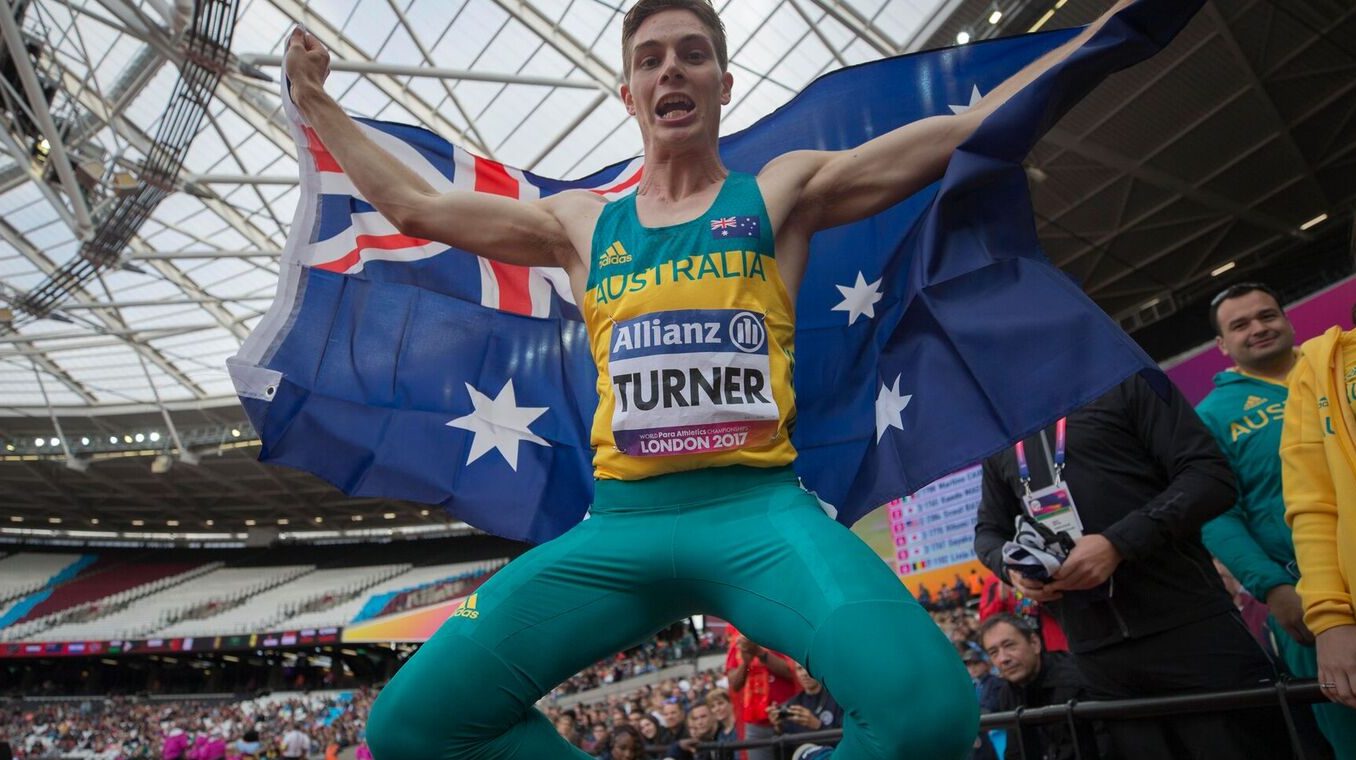 Australia has further cemented itself as a world leader on the track and field after scooping up another three medals on the final day of competition at the 2017 World Para-athletics Championships in London, England.

The team will now return home with a medal haul of 11 gold, 9 silver and 8 bronze, with the spectacular performances of James Turner (T36, NSW), Angie Ballard (T53, NSW), and Madison de Rozario (T53, WA) impressing most on day 10.

21-year-old Turner’s speed prevailed again as he won his third gold medal of the championships – this time in the T36 800m.

Having pushed his body to its limits to secure the T36 400m title, there were questions as to whether Turner would even race in this event, but his determined character and pure passion for competing saw him push through to win his third gold.

The 800m world record holder from the Rio 2016 Paralympic Games puts down his win to a well-executed race plan, but also the mental work he has done with his coach, Brett Robinson.

“I couldn’t have dreamt up a better conclusion to this race and this championships. It’s so uplifting, so invigorating,” he said.

“Before the race began I wasn’t sure I had the legs for it after a big few days, but I was comfortable in the race. I let Stedman [New Zealand’s William Stedman] set the pace because I knew I didn’t have the legs for what I did in Rio.

“We’ve done a lot of training for this, but we’ve been placing a lot of focus on mental resilience, mindfulness and keeping your head on in tough situations which has really helped me, because there have certainly been times where my mental capacity has left me down. My work with Robbo has helped me get through tough times, even here in London and because of that, I’ve been able to hit it hard when it counted most.”

On the final day of competition, Ballard proved she’s still one of Australia’s strongest wheelchair athletes as she powered through the T53 100m final to win silver in 16.84s (-1.3).

19 years after competing at her first world championships, Ballard, 35, was thrilled to have the satisfaction of knowing she is still a blazing force in her sport.

“I feel pretty good about this Championships. It’s obviously not comparable to some of my last world championship campaigns, but I think given the changes I’ve been making, this second silver today makes me realise I’m doing okay and makes me want to keep on going,” Ballard said.

“That 100m was a much better run than I thought. Not that I didn’t expect to do okay, but there was a decent head wind and I did a good time, so I’m really happy with that,” Ballard said.

Up in the medals for the same 800m event was teammate de Rozario (T53, WA) who, after proving she is the queen over 5000m, aced her main event to bring home silver.

While she lost the crown she won in Doha, de Rozario was pleased about her performance on what was a very wet track.

“Racing in the rain is not a strong point of mine but I think what got me over the line was that I was focussed on running my own race, regardless of what everyone else was doing,” de Rozario said.

“I’m so happy with silver. We’ve definitely geared my training towards the longer distance events, so my 5000m obviously benefited massively as did my 1500m. I’m sure it took away from my 800m a little but that was an incredible race.”

Up against heavyweights Marcel Hug from Switzerland and Thailand’s Rawat Tana, Fearnley started off strong but found himself unable to break free of his competitors. A close race for all, his sixth place finish (11:12.22) was less than two seconds behind Hug’s gold medal win (11:10.72)

“It was a bit disappointing, I’m not great in the wet! I actually came good for the middle part of the lap after being boxed in, but I wasn’t able to hold above 30km an hour. My gloves slipped every time I would push, so I’m actually pretty surprised to have come sixth,” Fearnley said.

“I could see the bronze medal [Alhassane Balde from Germany] was less than a metre away, and I was surprised to have been given a shot at the medals. I’ve raced similar not-so-great races before and I’m sure I’ll do it again.”

In other results from day 10, the athlete with the most international experience on the team, Russell Short (F12, Vic) competed in the F12 discus, finishing in 7th place with a throw of 39.31m, and stepping onto the London Stadium field for the second time this championships, Daniel Kirk (F44, SA) placed fifth in the F44 shot put with a personal best throw of 13.59m.