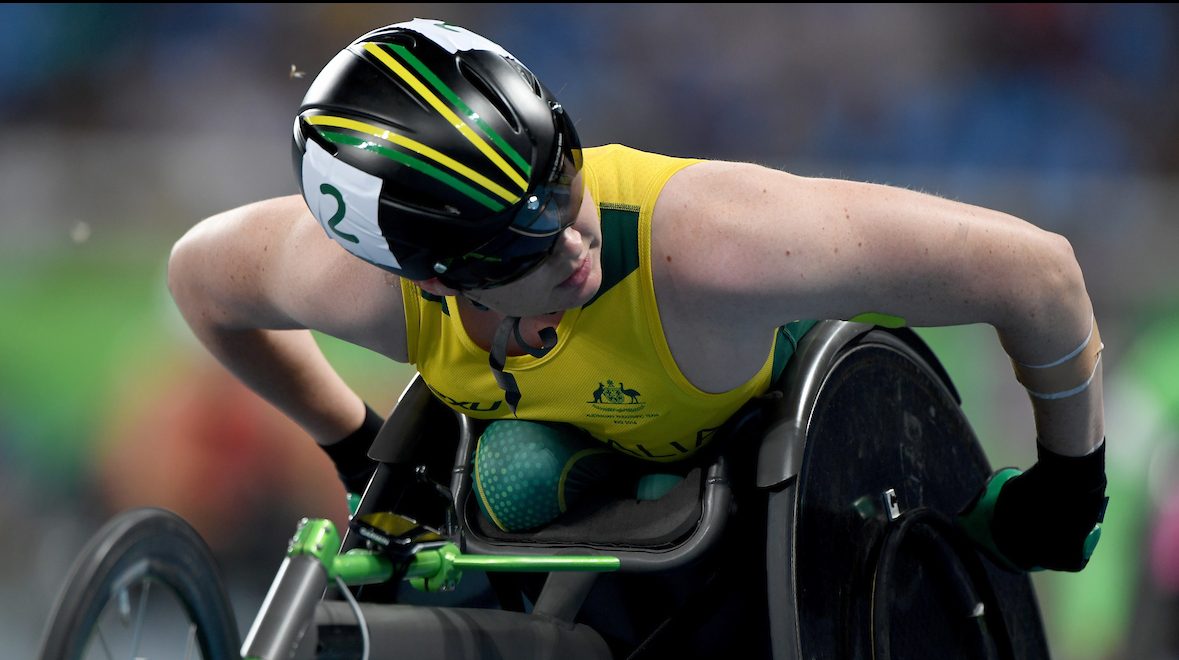 The opportunity to compete for your country on the world stage is out of reach for most people, but that’s not the case for Russell Short (F12, Vic) and Angie Ballard (T53, NSW).

Set to make history as the most prolific ever male and female starters for Team Australia at the 2017 World Para-athletics Championships in London, England, the impressive duo will battle it out in national colours for an eighth and seventh time, respectively.

Short has competed in the F12/13 shot put for athletes with a visual impairment at every instalment of the World Para-athletics Championships since their inception in 1994, winning a remarkable six medals, including two gold.

He joked at Melbourne Airport moments prior to his departure that he was supposed to give it away after Sydney 2000, yet 17 years later he finds himself Britain-bound for one more start in the throwers’ circle.

“I did then and still just love throwing. I love the physical side of it too. The training keeps me fit, and at 48 it’s nice to still be nimble,” Short said.

“I’ve always surrounded myself with great blokes and to see a couple of them debut here is very exciting. That’s part of the reason I keep coming back. I get the chance to throw with the next generation of athletes and its fantastic to see the sport in such a good place.

“I had a good Paralympics here in 2012, medalling in the shot put. It’s a good circle and you know that the environment will be great. I think I can improve on what I did in Doha a couple of years back – I had some personal issues impacting me then, and to throw further here would make me proud given that my age keeps going up too.”

“Birmingham was huge. It was my first time overseas, the first time that I raced at an international meet. I was excited, but scared all the time. I don’t remember the racing, but I remember knowing that there was plenty to learn and get better at,” Ballard said.

“The sport has progressed so much since then. The professionalism that the Australian team brings is impressive, the way we approach international competition has completely changed. The passion was always there but the methods behind it make it easier to be an athlete nowadays, focussing on performance.”

This week, Ballard, who became a paraplegic in a car accident at the age of 7, will take to the start line as a 35-year-old with the defence of her 200m and 400m world titles in her sights.

“My aspirations since Rio have changed a little bit. I’ve adjusted my programme and some of those things are settling in. I’m confident with where I’m at, but with change you never really know how things are going to go, so I just want to get out there, put down some good performances and hopefully the results come.”

“The wheelchair team is looking really good. We were all in Switzerland six weeks ago, there were plenty of PBs and we’ve settled in well in London. The team is going to do very well. It’s fun to be around,” she added.

Team Australia continues to prepare for the World Para-athletics Championships in London ahead of competition starting on Friday July 14.