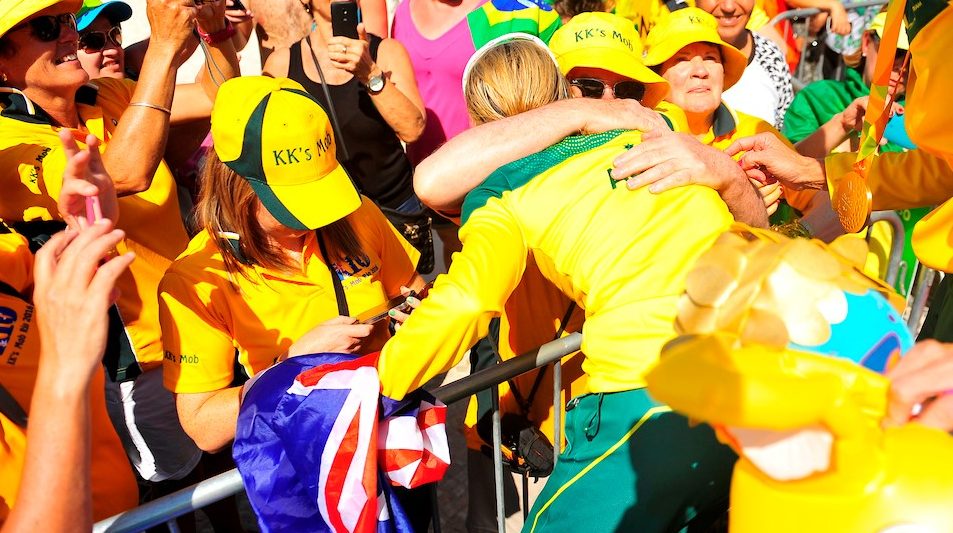 Six of Australia’s top Para-triathletes have arrived in Edmonton, Canada for the third instalment of the 2017 ITU World Para-triathlon Series on July 28.

Their first international hit-out since the ITU World Para-triathlon Series in Yokohama, Japan in May, they will represent Australia in six of the 12 events on the programme, with Paralympic gold medallist Katie Kelly (PTVI B3) looking a chance to finish atop the podium with sighted guide and Olympic silver medallist, Michellie Jones.

Hampered by a calf injury for the better part of a year, Kelly is excited to return to international competition and continue carving out a name for herself in the sport.

“This is the first time since Rio we will be able to have the opportunity to put in a solid swim, bike and run,” said Kelly to Triathlon Australia.

“There’s been a few changes in my life, having moved to the Gold Coast, training with my new coach, Dan Atkins, and rehabilitating the injury since December.

“But I believe these were all steps I needed to take to ensure that I could continue to be competitive in Para-triathlon.”

“The athletes have all been at home in Australia training really, really hard.

“Edmonton will be the perfect opportunity to test their race preparation and race readiness before the World Championships in September.”

Following their sport’s debut at the Paralympic Games in Rio, Brazil last September, where Kelly and Jones won Australia’s first ever Paralympic medal in the sport, the squad have worked hard to hone their skills, with most transitioning into a more professional, high-performance training environment in the months since.

Following her gold medal-winning performance at the Yokohama World Series, Paralympian Kate Doughty (PTS5), who placed fifth in Rio, will face tough competition in PT4 Paralympic gold and silver medallists, Grace Norman (USA) and Lauren Steadman (GBR), while emerging Para-triathletes Joshua Kassulke (PTS5) and Gerrard Gosens (PTVI B1), along with Gosens’ sighted guide Dmitri Simons, will use Edmonton as an opportunity to test their progress as they work towards selection for the Tokyo 2020 Paralympic Games.

“For Gerrard and Josh, they’re building towards Tokyo. The nature of the ITU system is you have to have high rankings in order to qualify for events, and you have to build those rankings over many years,” explained Periac.

“For some athletes, Edmonton is a really important piece of the puzzle to get a start at the major events next year.”

Also set to compete is Emily Tapp (PTWC H1), who qualified for the Gold Coast 2018 Commonwealth Games in April and is the only Australian to have raced at an international competition since May, and Sally Pilbeam (PTS4), who is on track to win her second World Series gold of the year after coming out on top over Australian teammate Kerryn Harvey on the Gold Coast in April.

You can watch the team race live via the World Triathlon Facebook page.