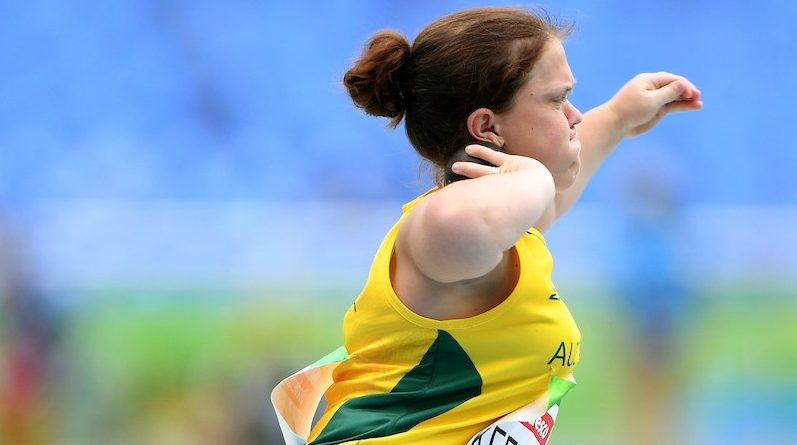 London is calling for Team Australia, with the 37-strong squad making their way to the 2017 World Para-athletics Championships from airports across the country over the weekend.

Marking the return of competition to Queen Elizabeth Olympic Park for the first time since the resounding success of the London 2012 Paralympic Games, roommates Claire Keefer (F41, Qld) and Isis Holt (T35, Vic) are eager to hit the ground running.

“Travelling with the Australian team is something I love, we have such a great atmosphere. There are a couple of newbie throwers with me this time around and I’m sure they are going to make it even better. We’re a close bunch,” said Rio 2016 bronze medallist Keefer.

“Isis and I are going to be ‘roomies’. We were together for the first time in Rio, things went well and we’ve managed to sneak it through again. We have mastered knowing when we need our own Netflix time, and no doubt that chance to unwind will happen in London too.

“Come competition day, I’m on the hunt for a personal best and we’ll see where that takes me. You have to perform on the day first so that’s what I want to do.”

Reigning 100m and 200m T35 world champion Holt continued, “I’m so excited. Doha was great, and Rio was my first Paralympics, but to compete at the same venue as the Games of 2012 is going to be awesome.

“We don’t have a relay at this stage and I’m looking forward to just focussing on my individual events. I’m not entirely sure how I will go. I think that makes it a bit more interesting, but I’m growing in confidence after recovering from being a bit unwell these past few weeks. I’m back on track.”

“To return to London is very exciting. Many of the athletes on this team experienced the wonder of the Paralympic Games there and to return to such an impressive stadium is something that we’re all looking forward to. The British public have embraced Para-athletics and we’re expecting an electric atmosphere,” Faichney said.

“Our team is brimming with confidence. We’ve had a sound preparation, many athletes have excelled at pre-Championships competition, and we are confident of a strong performance. We won 26 medals in Rio last year and our hope is to rival that performance in the days ahead.

“Tokyo 2020 seems so far away but it is already in the back of our minds. Despite being only the first major championship of the four-year Paralympic cycle, we are approaching it very seriously as results here will set the tone for the years ahead,” he continued.

“A number of these athletes are also in the mix for the Gold Coast 2018 Commonwealth Games next year, and continued improvement from them is vital as a major competition at home approaches.”