Bronzed Aussies step up on the podium 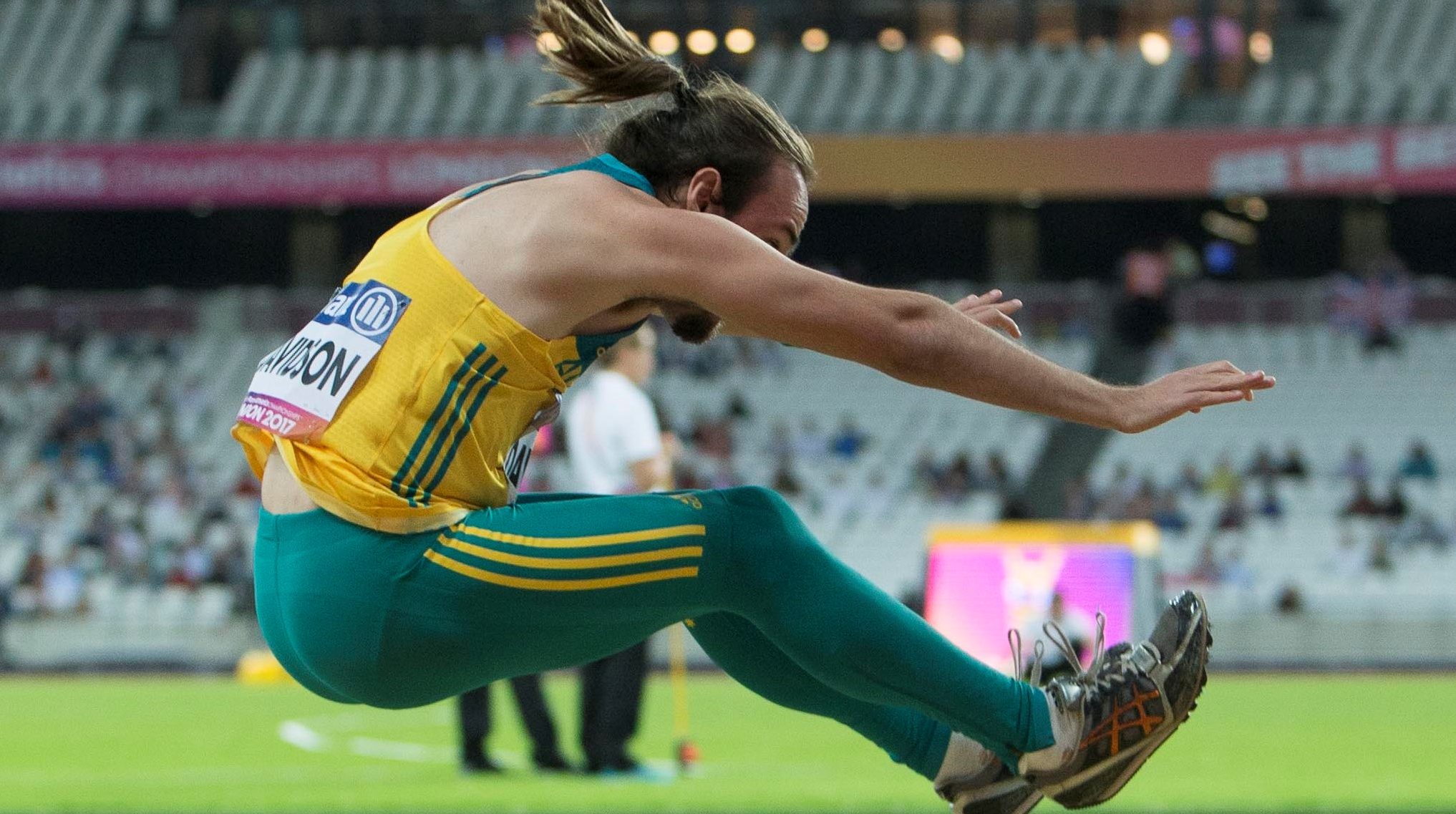 As Paralympic champion, Davidson went into London Stadium today with a target on his back. But despite not feeling any pressure from the outside, the 19-year-old from Adelaide admits he put a lot of pressure on himself to back up his performance.

With tight competition in his class, the T36 long jump athlete managed to defend his 2015 world championship bronze with a jump of 5.39m (+0.2) – 16cm behind silver medallist Rodrigo Parreira Da Silva from Brazil, but only 4cm in front of New Zealand’s William Stedman.

“I would be lying if I said I was completely happy with my result today. It wasn’t my best jump but my aim was to at least defend my bronze from Doha, and I managed to do that,” Davidson said.

“There were a lot of nerves, but I was trying to put them aside. I was trying to get in the zone, and even though there were some good jumps, I didn’t get one that I hit quite sweetly enough in all aspects.

“You feel pressure as Paralympic champion, but it came from myself going in. You learn a lot from every competition you do. This is my third world championships and my fourth international Games, and there are still things I’m learning. You’ve got to take them and improve on them. I’ll be back in 2019 [next world championships] and I’ll see what we can do.”

Another standout performance of today was from Australian debutant Edmiston. A talented thrower throughout her teens, Edmiston proudly put on the green and gold for the first time this morning, knowing she had the potential to give a medal winning performance. And that she did.

The water-skier-turned-F44 discus thrower came close to her season best, throwing 33.80m in her third attempt to secure a place on the dias.

“It’s a little bit unreal to win a medal at my first world championships. It’s amazing to wear this uniform, and to do that and perform well is something extra,” Edmiston said.

“I was really happy I got my first throw on the board – I think that settled any nerves so I could get on with what I do best. I came in here with one aim, and that was to win a medal.”

With a bronze medal under his belt already, Chad Perris (T13, WA) was set to storm home in the T13 200m, but a second medal was not meant to be.

Aiming to defend his silver medal from the Doha 2015 IPC Athletics World Championships, Perris narrowly missed out on a podium finish, but was disappointed with both his overall result and time of 22.08 (+0.4).

“Disappointment is what’s going through my head right now. I ran a pretty good race, but I know it could have been much better,” he said.

“200m is normally my better event. 22.08s is good for me, but it wasn’t good enough on the day.  Both my heat races in the 100m and 200m were better than the finals. I don’t know why, but it’s something I will definitely have to work on in training.

“Next for me is the 2019 World Championships – it’s a long time to dwell on this race, but it will help me get the job done.”

Reigning world champion in the T53 400m Angie Ballard (T53, NSW) has set herself up for a promising final, after racing her heat in 56.02s. While she briefly set a Championships record, she admits it wasn’t her fastest race and knows the challenge that lies ahead to defend her title.

“Defending gold tomorrow will be really tough. I’ve got pretty realistic expectations, so tomorrow I’ll be going in with a plan to execute a good race, and hopefully a good race will get me on the podium.

“I’ve changed a lot of my training regime since Rio, and so much of that is still coming together. I’m really happy with my progress, but there are other girls that are flying at the moment, so we’ll see what comes of it all.”

Drysdale’s own Sam McIntosh (T52, Vic) took to the track for the first time during this championships for the T52 400m. While he placed seventh in his heat (1:14.68), he says hearing the London crowd roar is motivating him for his 100m T52 event later this week.

“It’s really loud out there! This is a pretty amazing crowd for us for a world championships – it’s up there with the Paralympics for sure.