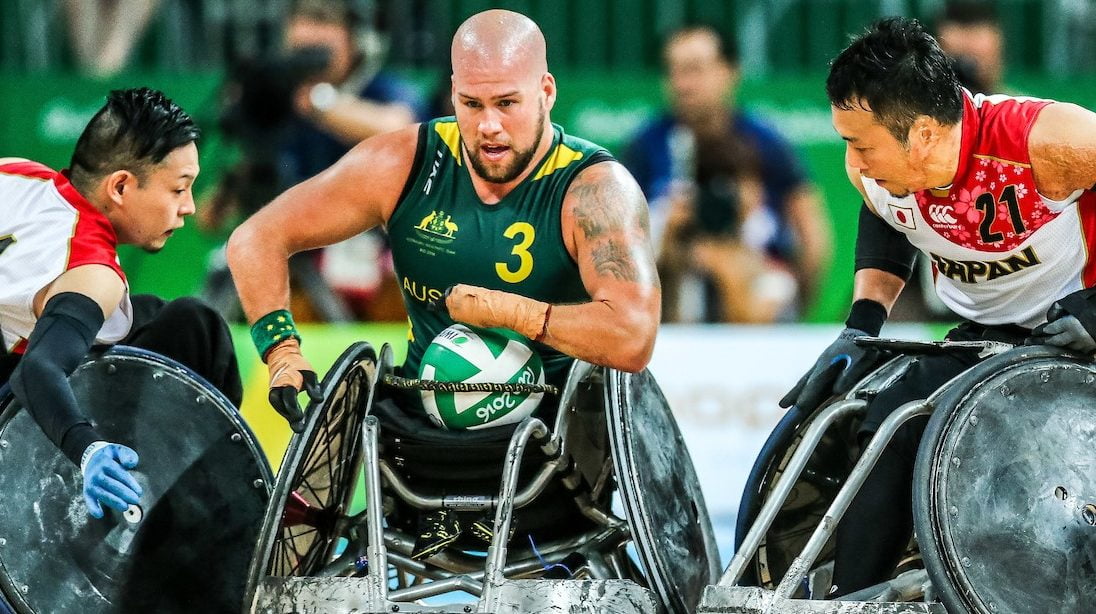 Doubling as a qualifier for the 2018 IWRF World Championships in Sydney, the Steelers don’t need to worry after earning automatic passage thanks to their gold medal winning performance at last year’s Paralympic Games in Rio. They would also have qualified as the host nation.

But that hasn’t stopped Dubberley from selecting a 12-man squad boasting nine members of the all-conquering Rio 2016 team and just one debutant. The head coach has resisted the urge to blood more new players, instead choosing to fire up his big guns.

“For us, it’s about continually working on the way we work together. This tournament will give us a great opportunity to work on line-ups, our combinations and to find new ways to lift our own high standards,” Dubberley, Head Coach of the APC Wheelchair Rugby Program, said.

“With our World number one ranking on the line, we are not wanting to lose this, particularly leading into a home World Championships in 2018. We won’t be too focussed on the results, it will be all about the process and making sure everything we do is at the level we expect. Results will take care of themselves if we play our game.”

“It’s a really experienced, strong team, but we haven’t played a lot together since Rio. We have had some injuries and players who have had a break, but now it is time to really concentrate on the build-up to the World Championships. We will still be developing some newer athletes, but we will take another course in doing this.”

Skippered by four-time Paralympian Ryley Batt, the Steelers will face world number three Japan as well as New Zealand (ranked ninth) and Korea (23rd) – with the top team (apart from Australia) earning a position in the World Championship draw.

Victorian Anthony Gray, 32, is set to make his international debut and will be looking to soak it all in among his Steelers teammates with a total of 1,195 appearances between them. Batt (256 games), Cameron Carr (179 games), Jason Lees (159 games), and Andrew Harrison (133 games) form the experienced core, while Chris Bond, Matt Lewis, Jayden Warn, Ben Fawcett and Andrew Edmondson were the others who tasted Rio glory.

“Anthony deserves his chance and I’m looking forward to seeing what he can contribute,” Dubberley told www.paralympic.org.au

“Australia has had the luxury of two world-class 0.5 players in Ryan Scott and Naz Erdem for over a decade and now it’s time for emerging players to push their claim.

“We’ve seen Benny Fawcett and Mick Ozanne come onto the scene and push Naz and Ryan and each other in the past couple of years, and now Anthony has a chance to learn from them all and do his best to make a position in this team his own for as long as he can. His presence will push Benny and Mick too, which is another positive.”

The 2017 IWRF Asia Oceania Wheelchair Rugby Championships will be held in Auckland, New Zealand from August 27-31.