Spinners win bronze at U23 Worlds 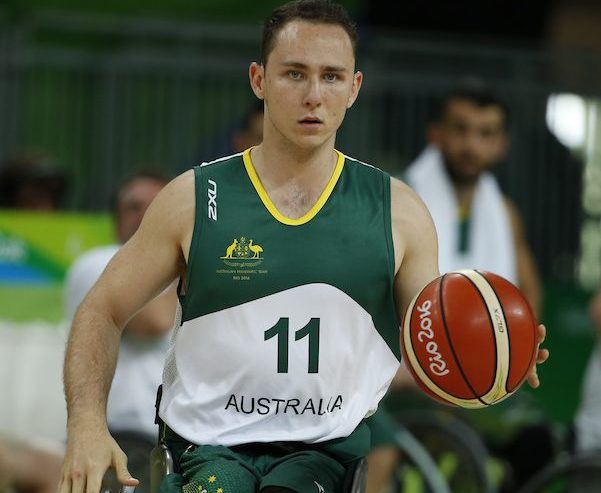 Coming from a double-digit deficit at half-time, the Australian Spinners have defeated Japan 71-66 to claim the bronze medal at the 2017 IWBF Under-23 World Championships.

Equaling their efforts from 1997, 2005 and 2013 when they also won the bronze medal, the Spinners responded to another slow start to overcome Japan, with their superior height in the paint proving the difference.

Australia were expecting a fast-paced game, and they got it in the first quarter with Japan looking to get out in transition, while their offensive rebounds were also damaging.

The Spinners countered with height though, promoting Brian Carminati to the starting line-up and he, alongside Tom O’Neill-Thorne helped keep the Japanese lead to just three at quarter-time.

Continually hiding behind screens, Japan took control in the second term and they were able to get open looks through Takuya Furusawa (31 points, eight rebounds, eight assists), who scored 25 points by half-time including two three-pointers to give his side a double-digit advantage.

However, a buzzer-beater from Jake Fulwood gave Australia some momentum heading into the main break.

A foul to Steven Elliott at the start of the third quarter threatened to derail that momentum but Fulwood subbed in and his combination with Carminati sparked Australia to a commanding 23-4 run.

Carminati connected on a three-point play and with foul trouble for Renshi Chokai not helping Japan’s predicament, the Spinners took full advantage in the paint, shooting 12-18 (67%) for the period.

A couple of late turnovers allowed Japan to tie the game at three-quarter time but any hope for them was quickly squashed as O’Neill-Thorne burst out of the blocks with eight points in just 70 seconds to open the final term, while he also tallied a steal and a block, dominating at both ends of the floor.

Japan then pressed in their defence, taking the Spinners out of their rhythm and forcing an eight-second back-court violation to pull the game back to a one-possession contest.

Bailey Rowland was able to settle the game though with a great find to O’Neill-Thorne who flew in for the lay-up, and he was then able to seal the contest from the free-throw line to claim the victory and the bronze medal.

Finishing with 34 points, 15 rebounds, four assists, three steals and two blocks, O’Neill-Thorne earned a deserving Player of the Game award, while Carminati added 13 points and eight boards, and Fulwood had 16 points and ten rebounds off the bench.

“This group has made incredible strides in a short period of time,” said National Wheelchair Program Manager Leigh Gooding.

“You would not recognise this team that qualified third out of the AOZ qualifiers back in January.

“They are a very much improved group, and Luke and his staff have to be given huge credit for preparing such a great group of guys that have worked their butts off to ensure they left nothing in reserve.”

In addition to his Player of the Game award, O’Neill-Thorne was also named in the tournament’s All-Star Five.

Results from the tournament can be accessed here.