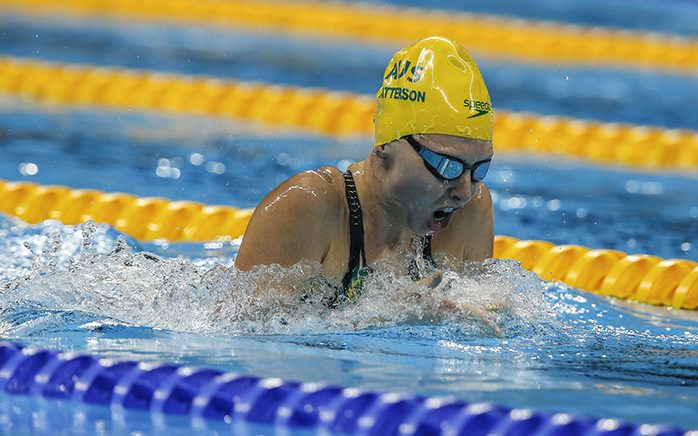 Paralympic gold medallist Lakeisha Patterson led the charge for the Aussies competing at the World Para-swimming World Series in Indianapolis, USA, on 9-11 June, picking up an impressive five gold medals.

After picking up two gold medals at last year’s Paralympic Games, the Brisbane-based swimmer will be looking to continue her fine form, as she prepares to contest the 2017 World Para-swimming Championships in Mexico this October.

“The classification of athletes in Para-swimming is a requirement for competition and carried out by independent medical and technical classifiers,” said Swimming Australia’s Paralympic High Performance Manager, Adam Pine.

“We have a strong support system around our athletes to ensure that they will continue to race confidently, and I am confident that the athletes will embrace the challenge and continue to improve.

“Already, we have seen these athletes step up at the meet, with Tiffany collecting two gold, Jasmine picking up one, and Maddie taking a third-place finish in her new classification.

“Overall, I am extremely impressed with the Australian team’s performance so early in the year, and I am looking forward to seeing them continue to progress as we head towards the World Championships in October and the Commonwealth Games in April 2018. Plus, it is only 1169 days until the Paralympic Games.”

This year’s final World Series event will be staged in Berlin, Germany, from 6-9 July. It is the last major international competition before the World Para-swimming Championships, to be held from 30 September – 6 October.