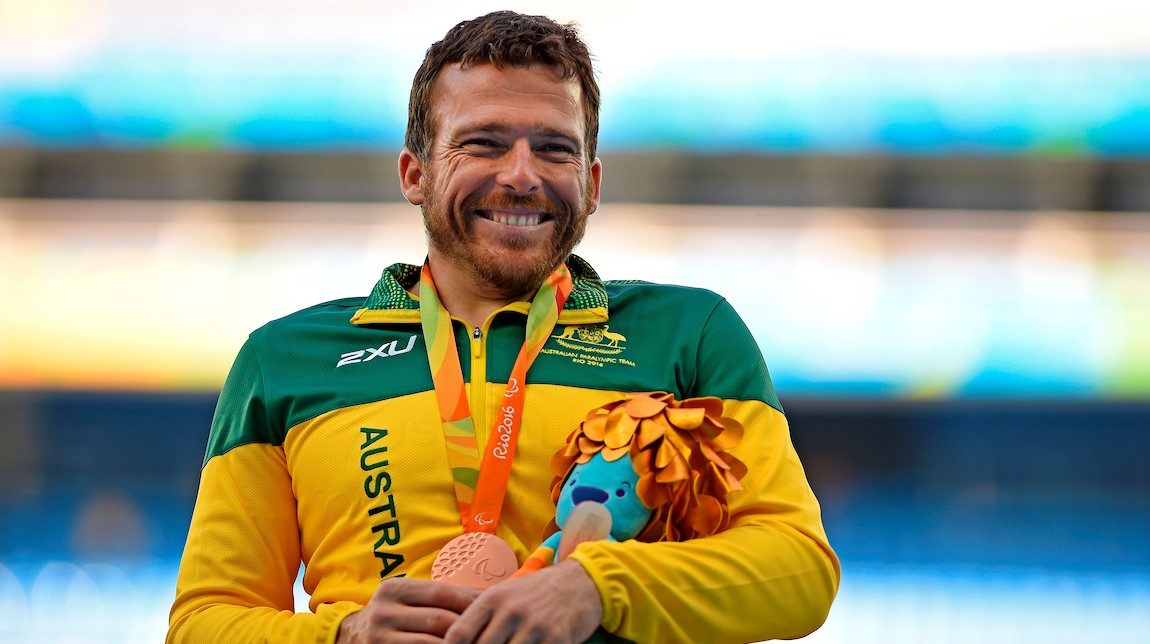 Athletes from different Para sports across the world came together, not for competition this time, but rather for conversation, at the first-ever International Paralympic Committee (IPC) Athletes’ Forum held from 8-11 June in Duisburg, Germany.

More than 80 athletes from around 22 International Federations (IFs), 35 National Paralympic Committees (NPCs), as well as representation from the WADA Athlete Commission and the International Olympic Committee (IOC) Athlete Commission, had an opportunity to interact directly with each other, as well with IPC representatives on various topics relating to the Paralympic Movement.

The four-day event was split between an “IF Day” and “NPC Day,” with discussions about athlete representation, and presentations by  IPC staff and athlete representatives from the IPC committees on anti-doping, classification, media and Paralympic Games, among others. During sessions and workshops, participants engaged in open discussions and were introduced to resources that would strengthen their athletic careers and lives after sport.

Chelsey Gotell, who was elected as Chairperson of the IPC Athletes’ Council earlier this year, said:

“The IPC Athlete Forum allowed us an opportunity to take a huge step forward in improving communication and athlete representation across all areas of the Paralympic Movement. To be a truly athlete-centred organisation, we need to ensure our athletes are informed and educated, and have the ability to be part of the dialogue and decisions that directly impact them. The Forum proved that we have very intelligent, knowledgeable and informed athletes from across the world who are very vocal within their respective sports and countries.

“The IPC Athletes’ Council’s job is to now come up with a strategic plan that ensures we continue to engage all of the representatives who were here and that we formulate a plan where we were missing representation so that the momentum continues. We’re all one family at the end of the day and it’s vital we work together to ensure our Movement has the athletes at the centre of every decision made.

“There were a lot of common issues that have come out of this, as well as a lot of the great dialogue and conversations about what we’re doing really well. Being new to the role as Chairperson, it is vital to have this face-time with the athlete community. Our council has been able to get to know each athlete, sit down and have a coffee, without the rush of being at a sporting venue and competing. It is about really creating those human connections and building a voice for everybody.”

Athletes participated in two different Proud Paralympian workshops to support them both on and off the field of play. Led by Proud Paralympian leaders, Ileana Rodriguez and Tim Prendergast, the first workshop engaged athletes with strategies on how to balance competing and working, and also to prepare for transition after their athletic careers. The second addressed the opportunities and risks of social media, as well as how to create and manage athletes’ personal brands.

“All the questions affect each sport in a similar way,” said Polychronidis, who attended as the athlete representative for the Boccia International Sports Federation (BISFed) and NPC Greece.

“So it’s not about boccia itself because I feel that we all share the same problems and it is maybe even better to discuss some issues with athletes from other sports because it helps you see a bigger picture and this may help you be better in your own sport.”

“It [the Forum] was really important and I’m coming back to my federation with insight, and not just with ideas but things I think could already be executed and done and it was really productive.

“I think it’s very good to learn not just from your experiences and your federation’s experiences but from others as well, especially from an athlete point of view, not just from the manager because we are all coming from the field of play and want to help the sport. I think the combination with the IPC and the athletes who sit on the different commissions and the different mix of different federations was the right passage to build conclusions and insights on everything.”

“Athletes are the heart of the Paralympic Movement, and it is integral that we hear their voices on various matters, at the same time that they are well-equipped with knowledge and resources about the Movement. With that, I want to greatly thank the athletes who took time to participate and make the first-ever IPC Athletes’ Forum productive and successful,” said Sir Phillip.

“But the conversation should not stop here. I hope the athletes will bring back what they have learned to their respective IFs and NPCs, and that we can all work together to ensure that the Movement will truly remain athlete-centred.”

Further support of the Athletes’ Forum came from North Rhine-Westphalia, the Sporting State of Germany, with the attendance of Sports Minister Christina Kampmann:

“When it comes to the interests of athletes, they must be able to express their positions when they incorporate the experience of the athletes into the process of association,” she said.

More information on the IPC Athletes’ Council can be found at paralympic.org/the-ipc/councils.