Steelers to take on Japan and USA 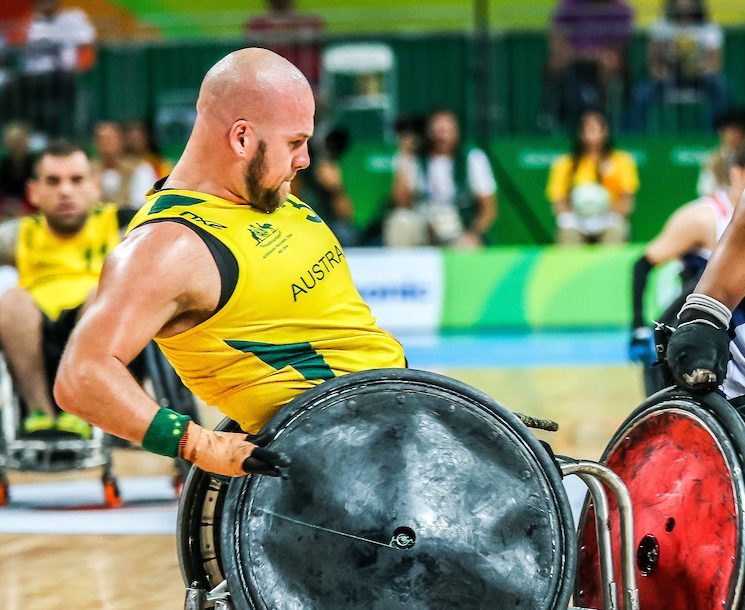 A battle between the world’s top three wheelchair rugby teams will begin when Australia faces the United States and Japan at the Japan Para Wheelchair Rugby Championships later this month.

The Steelers’ line up for the tournament announced today, captained by the formidable Ryley Batt, is set to be the strongest to take the court since the Rio Games where the team claimed victory to win gold.

“We’ve just come out of camp, and it’s the first time the team has been back together in its entirety since Rio,” Australian head coach Brad Dubberley said.

“Ryley has come back from injury and Chris Bond is back in action too, and it’s so clear that the boys have more confidence when our best players are around.

“I’m really looking forward to seeing the additions of Ryley and Bondy which no doubt strengthens our overall team up in Japan.”

Dubberley has selected just 10 athletes to travel across the Pacific Ocean in a no-nonsense approach to the tournament. Dubberley will give his leading players maximum minutes as the Steelers power towards the 2018 World Championships and the Tokyo 2020 Paralympic Games.

“We rested some of our more experienced players in New Zealand but we’re going in with some of our strongest line ups to give them practise again for when it matters most,” Dubberley said.

“With Ryley back from injury, he and Bondy will obviously be figure-heads, but other high pointers to look out for during the tournament will be Matt Lewis and Jayden Warn.

“Both Matt and Jayden have stepped up in their roles on the court and have improved out of sight, and Jake Howe will be the only rookie on the team and will join Jason Lees as the other 1.0.”

While Japan and the US will have the advantage of competing against each other and Canada at the tri-nations in Birmingham, USA, Dubberley is not concerned about Australia’s lack of court time this year against the strongest opponents.

“Japan is being mentored by their new head coach [former Canadian head coach] Kevin Orr, and both teams will be competing this week, so there will be no doubt that our competition will be match fit, but the boys are looking strong.

“They all played elite competition quality rugby at camp last week, so I’m sure the results will come through at the back half of the tournament.”

The Japan Para Wheelchair Rugby Champions will take place in Tokyo from 25-28 May.