Six Aussie Para-triathletes to fly the flag in Yokohama 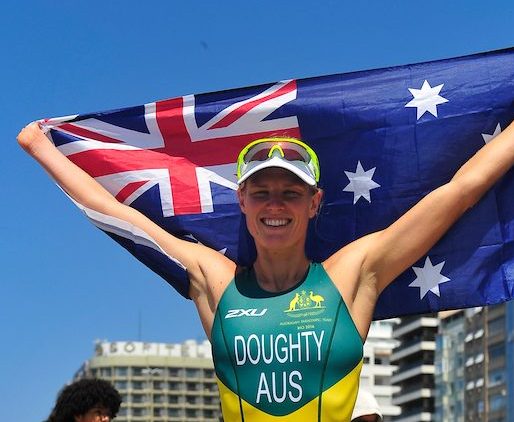 Six of Australia’s leading Paratriathletes will be flying the Aussie flag in the second World Paratriathlon Series (WPS) round in Yokohama on Saturday (7.55-9.10.10am AEST).

The WPS season started on the Gold Coast last month with the Australians again dominant and they will conclude the WPS in Edmonton July in the lead up to the ITU World Championships in Rotterdam in September.

And Rotterdam and the Gold Coast will be front of mind as all six chase all-important qualification points to ensure they make the start line cuts.

“The WPS events are worth the highest number of points on the ITU Paratriathlon circuit, so it is absolutely critical for athletes to accumulate high enough points to hit the ITU ranking required to make the start list for the Elite Paratriathlon World Championships in Rotterdam in September,” said Periac.

“The winner in each class earns 500 points, with subsequent points dropping by 7.5% for each place while the ITU Paratriathlon World Cups are worth 300 points to the winner.

“While our Hand Cycle athletes are also preparing for 2018 Gold Coast Commonwealth Games, and a number of their leading rivals from Britain are racing Yokohama.”

Kate Doughty, now firmly entrenched in coach Danielle Stefano’s Melbourne-based training group, will be looking to make it three-straight in Yokohama after chalking up wins there in 2015 and 2016 and following her impressive victory on the Gold Coast.

“This will be my third time back in Yokohama. I love coming here, the people, the location and the race itself are excellent,” Doughty said.

“It’s been a big few weeks working on key aspects of my training and performance with some positive results. I’m now ready to put it out on the course and see where everything is at.

“I am looking forward to getting out there and challenging myself that one step further. Qualifying for Worlds is the key priority for this one.”

Pilbeam, the 2014 and 2015 world champion and 2016 runner-up, scored an impressive victory on her return to racing the Gold Coast and is looking forward to Yokohama.

“I had a great start to the season on the Gold Coast after not racing for nine months and I’m looking to building on that in Yokohama; I’m feeling good and ready to race,” Pilbeam said.

Chaffey, under Dan Atkins at the Gold Coast, has already earned automatic nomination for the Commonwealth Games along with fellow Hand Cyclist Emily Tapp.

Chaffy has spent the last week working in Sydney with limited equipment and he will only arrive into Yokohama on Friday.

“Prior to this week I did a good block of training so hopefully I can put in a good race on Saturday. At least I’ll be well rested,” Chaffey quipped.

“It will be a good chance to see where I currently sit on the world stage. My focus long term is the Commonwealth Games next April next year.”

Chaffey and Beveridge, ninth in Rio, will face a strong field including the silver and bronze medallists from Rio Geert Schipper (NED) and Giovanni Achenza (ITA) respectively in a field that includes seven of the 10 starters from Rio in the Yokohama field of eight.

Beveridge as the second Australian and fifth overall in the Gold Coast WPS and continues to improve after relocating to the Gold Coast late last year under Dan Atkins.

Sara Tait, coached by Teresa Theake, has her sights set on representing Australia at the 2018 Commonwealth Games, to be held in her hometown. Her street is on the 2018 triathlon course.

She admitted she was a little over-awed at her debut elite race at the Gold Coast WPS and will be looking to gain further experience and execute her race plan well to achieve an improved performance.

Brant Garvey, under coach Steve Gleeson will line up against almost exactly the same Rio Paralympic field, including the gold medallist Andrew Lewis (GB) and bronze medallist Mohammed Lahna (ITU) as well as fourth-placegetter Mark Barr (USA), who was second at the Gold Coast WPS with Garvey third.

Garvey finished second in Yokohama last year and won there in 2014. Last year’s winner Stefan Loesler (GER) will be another strong opponent