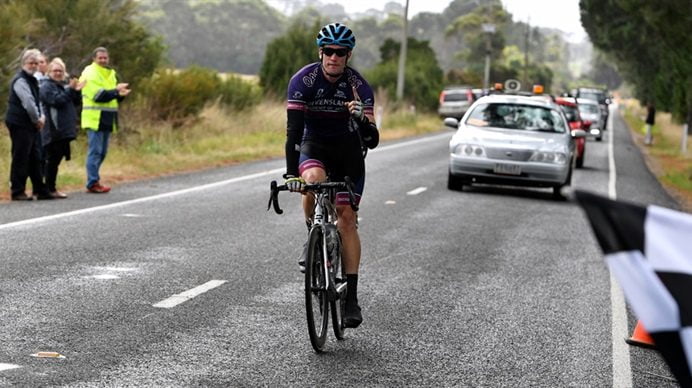 Former Paralympic swimmer Amanda Reid (NSW) continued her flying cycling career, claiming gold in the women’s C3 road race to add to her time trial gold from Friday, off the back of two gold medals at the Track World Championships in March.

Both Lindy Hou (ACT) and Kieran Murphy (SA) backed up their time trial performances to take gold in the tandem.

Photo with thanks to John Gondek/Cycling Australia