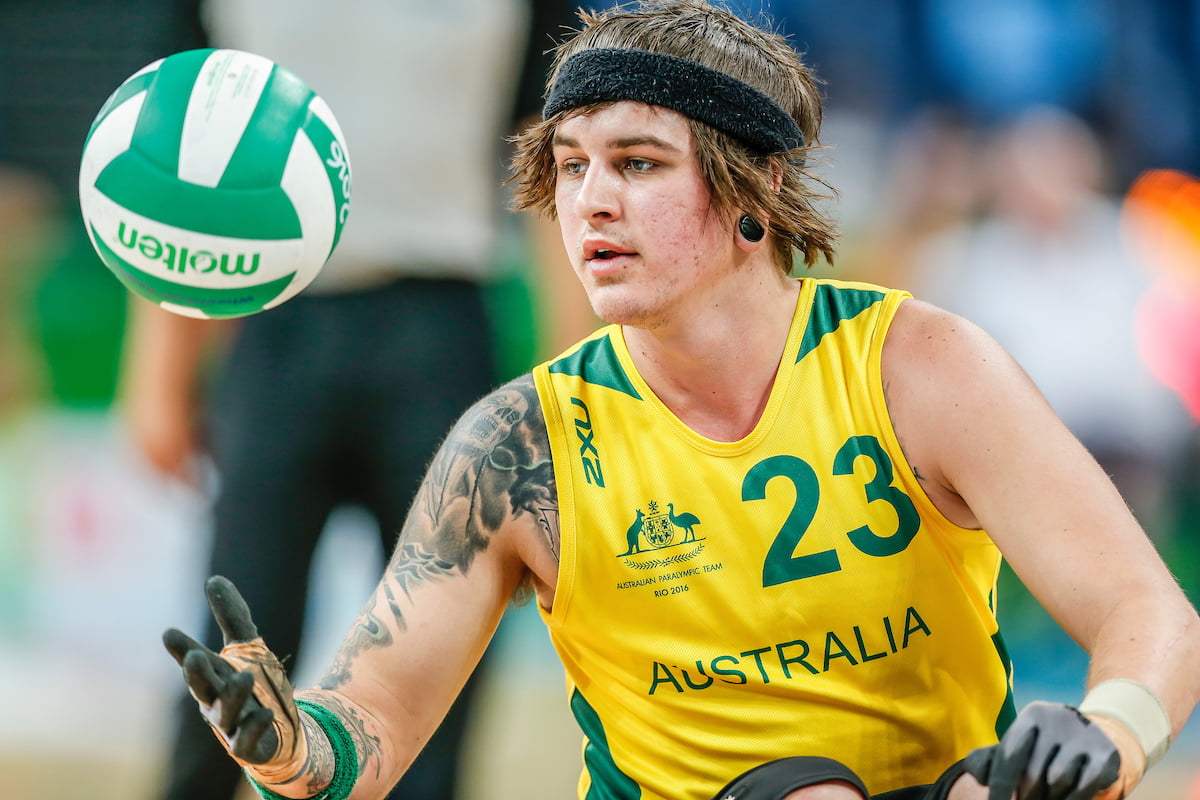 The Australian Steelers will bring the Ken Sowden Cup back with them across the Tasman after defeating the New Zealand Wheelblacks in their five-match wheelchair rugby series in Christchurch.

The Steelers lead 3 -1 with one match still to play tomorrow, but have lost their chance to complete a clean sweep after they were defeated in game four.

Holding a 2-0 lead heading in today’s double header, the Steelers secured the Cup in game three with a commanding 57-40 victory. Incredibly, the Australians forced 12 turnovers in the final quarter and did not give up one to lock the Wheelblacks out of the contest.

“It’s a good feeling to keep the trophy and be able to take it home with us,” Australian coach Greg Smith said.

“To win it in game three was great. To have no turnovers in that final quarter and then force 12 against them, that was a fantastic way to finish off.”

However, the finesse and discipline shown by the Steelers in game three went missing in game four as the Wheelblacks held on for a morale-boosting 53-51 triumph.

New Zealand forced 14 Australian turnovers and conceded just 12 and in the end, that proved the difference.

Smith admitted he was disappointed in the number of errors committed by his charges in game four, but said it won’t take the gloss off what has been an impressive series victory.

“Things didn’t go to plan in game four. We spoke after the third game about wanting to reduce our unforced errors, but unfortunately that’s what cost us,” he said.

“But I’m not going to stew over it or get too stressed out about it. We came in with the idea of running all of our line-ups over four quarters and we’ve stuck to that. It’s all about giving all of our guys more international experience and that’s what we have been able to do.”

The next goal for the Steelers is to finish the series on the strongest possible note tomorrow in game five.

“We’re not going to change our approach. I can’t see any reason to change it,” Smith concluded when asked if he would consider giving more court time to his senior players.

The Australian Steelers and New Zealand Wheelblack will contest the series finale tomorrow at 8:30am (AEST).