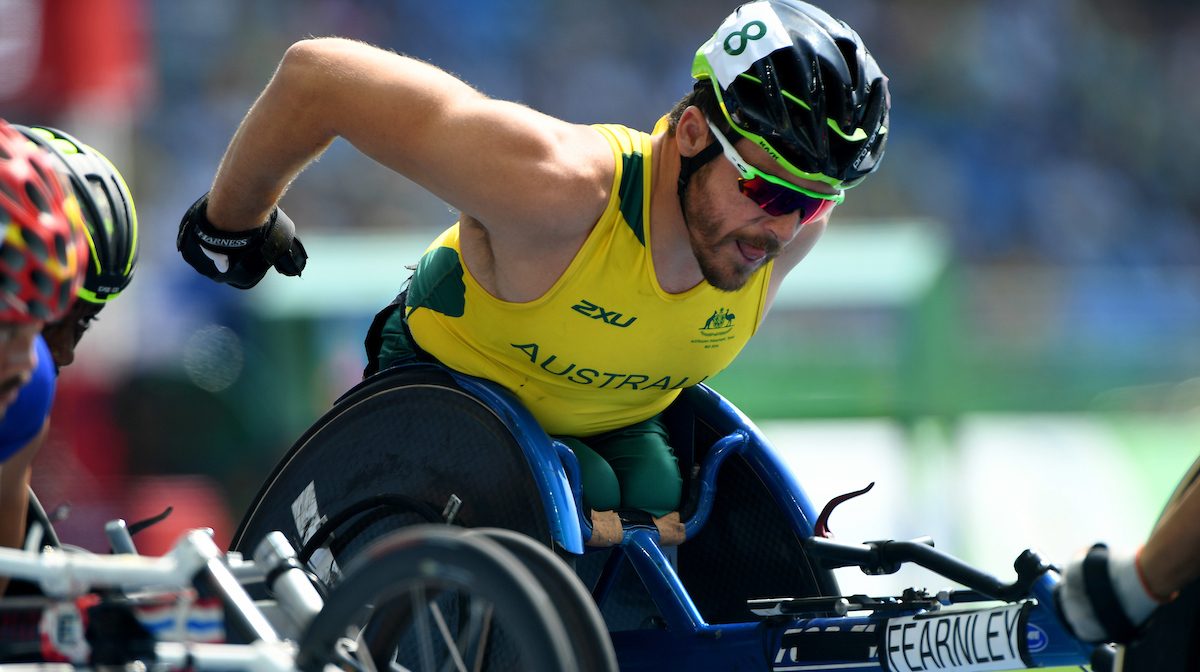 Kurt Fearnley has finished third in the London Marathon. Fearnley finished in a time of 1 hour 31 minutes 7 seconds, one second behind winner David Weir of England and with the same time as defending champion Marcel Hug of Switzerland.

“I’m hurting now but I’m sure in the wash-up I’ll be happy with third,” Fearnley said.

“When you have a pack of 15 racers with 1km to go anything can happen. I’ve had some tight wins here and some close seconds and thirds. I wanted to give myself a chance of top three coming round that last bend and managed to hang on.”

The third place in London for Fearnley comes on the back of a fourth place finish in last week’s Boston Marathon.

“It’s a big couple of weeks and it’s tough. You usually want at least a month between big races so a six-day turnaround is massive. Most of us did the double but Dave (Weir) skipped Boston so that may have made the difference.”

“To be 36-years-old, racing for 20 years and still in the top three at one of the biggest races is something I can be proud of.”

Fearnley now returns to his home base of Newcastle for the official opening of the Fearnley Dawes Athletic Centre. The renovated Newcastle track has been named in honour of Fearnley, women’s wheelchair racer Christie Dawes and their coach, Andrew Dawes.