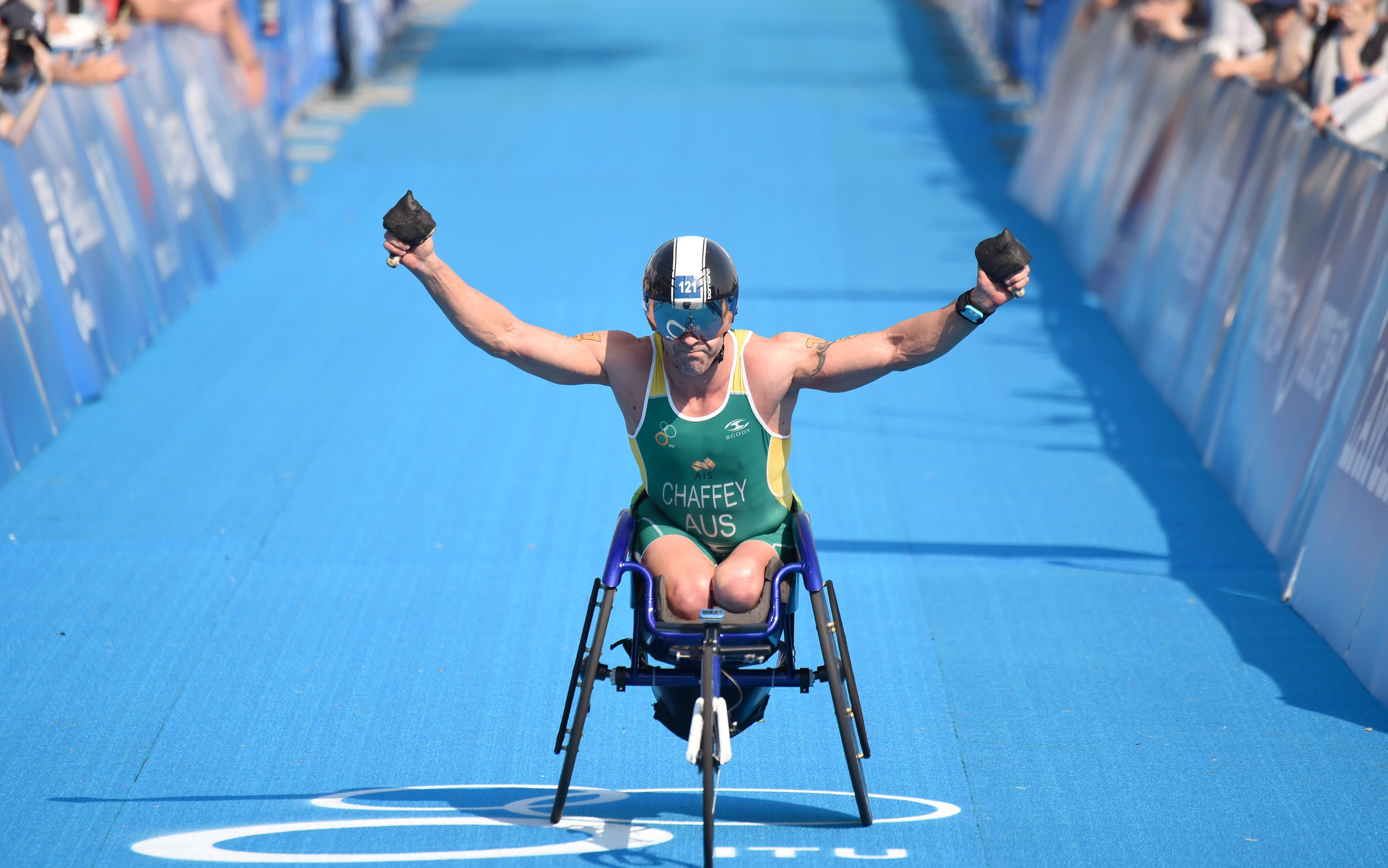 Para-triathletes Bill Chaffey and Emily Tapp will be the first nominations onto the Australian team for next year’s 2018 Commonwealth Games, following outstanding performances in today’s (10 April) first World Para-triathlon Series race on the Gold Coast, QLD.

As the first Australians home, Chaffey and Tapp both fulfilled the nomination criteria for the Games.

Both will be nominated by Triathlon Australia to the Commonwealth Games Association for the 2018 Games, where Para-triathlon will make its debut.

Chaffey, the man who has been the flagship for the sport of Para-triathlon since winning his first world title on the Gold Coast in 2009, was fourth at the Rio 2016 Paralympic Games, and has returned to Australia determined to qualify for a home Commonwealth Games.

“Today was important to me because I wanted to be the first Aussie home,” said the 41-year-old trainee police prosecutor. “I wanted that, I wanted that automatic nomination for the Commonwealth Games.

“It would have been nice to have won the race, but realistically, I didn’t think I was in the same field as Jetze.

“I was the first Aussie home from Australia and the Commonwealth nations, so I get the spot.

Chaffey’s teammates Nic Beveridge and Scott Crowley were fifth and eighth respectively. Australia can have two nominations for the Games team, with the second position up to the discretion of selectors. This will be finalised early next year.

For 25-year-old Tapp, born in Katherine, NT, educated in Queensland, and who now calls the ACT home, to take the first nomination for Gold Coast 2018 is a dream come true after a nightmare 2016, when she was forced to withdraw from the 2016 Australian Paralympic athletics team after sustaining burns to her legs.

“Making the Commonwealth Games is so surreal,” Tapp said. “It is the cherry on the cake after the events of last year. I am really looking forward to having a great season of training just as hard.

“[Making the team] has been a far and distant dream; something I will keep dreaming about at night and training for during the day.

“Last year [missing the 2016 Paralympic Games] was heartbreaking. I can only thank the support personnel around me.

“I’m not sure how I would have survived otherwise. My coaches, they were there through the hardest [times] of all, they kept telling me to focus on the Commonwealth Games and Tokyo [the 2020 Paralympic Games]. ‘You’re still a young lady,’ they said.”

When asked how long it took to get over the disappointment of missing Rio, Tapp said: “Today. Can I say today? It’s ongoing really, and I’m trying to use that experience and channel it into something better.”

By Triathlon Australia
Posted: 10/04/2017
Photo with thanks to Delly Carr