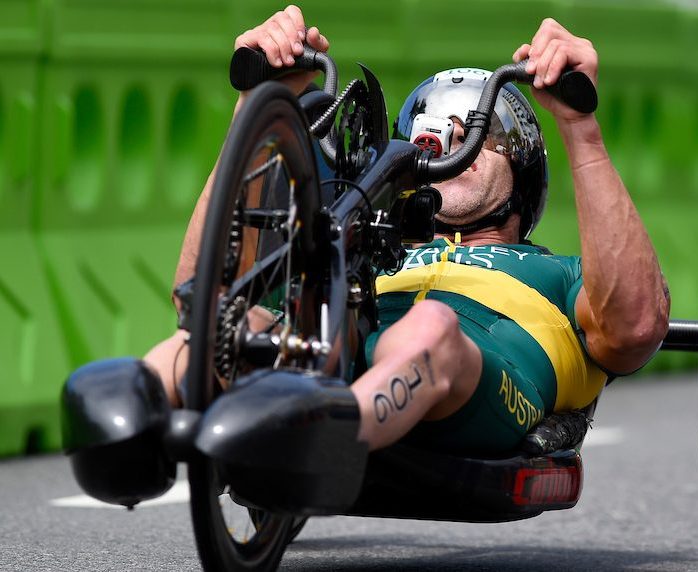 Australia’s Para-triathletes will be out in full force in Saturday’s World Paratriathlon Series races, with Commonwealth Games automatic nominations for 2018 on the line.

Triathlon Australia will have the honour of staging the first 2018 Games selection races where their athletes can chase automatic nominations for men’s and women’s triathlon and paratriathlon in the PTHC (Hand Cycle) class.

The Games selection for wheelchair athletes, formerly PT1 now re-named PTHC by the ITU will be the only race with automatic qualifying for the paratriathletes, as the maximum per nation (before ITU invitations) is only two.

The triathletes will have a second automatic nomination race at the WTS round in Hamburg.

In the PTHC Games category, there will be three men – five-time World Champion Bill Chaffey, fellow Rio Paralympian Nic Beveridge and Scott Crowley while in the women it will be Sarah Tait and Emily Tapp.

The Gold Coast’s own Paratriathlon champion, 41-year-old Chaffey, has shown he has lost none of his grit determination, winning the recent Devonport Triathlon, despite crashing on a technical turn, that left him with multiple grazes on his arms and legs.

Rio golden girl Katie Kelly and her guide, Triathlon Hall of Famer Michellie Jones will be joined by fellow Paralympians Kate Doughty and Brant Garvey and two-time world champion Sally Pilbeam in a who’s who of Paratriathletes.