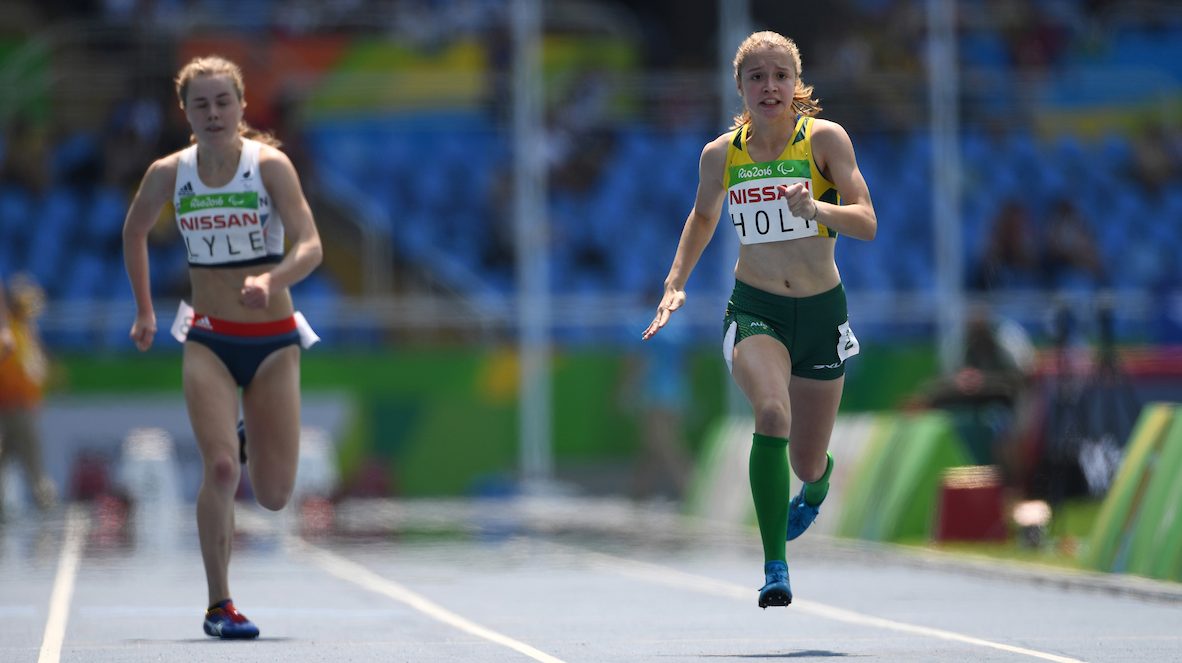 “I didn’t come to this championship with any goals around time but to run as quickly as I did yesterday in the 200m and then back it up again in the 100m is a real positive,” Holt, who has cerebral palsy, said.

“I’ve got the open events later in the week. I’m really excited. I’ve got a couple of days to rest now and then I’ll get another shot on the weekend.”

As a Doha 2015 IPC Athletics World Championships gold medallist, Holt is also among those in contention for automatic selection for the World Para-Athletics Championships at the Athletics in Australia Celebration on Sunday 2 April.

She is also nominated for the Female Para-Athlete of the Year award, after winning three medals at the Rio 2016 Paralympic Games last year.

“The thought of London 2017 is amazing. It’s actually pretty hard to believe, it would be an incredible experience. If I’m lucky enough to be selected to the team at the end of these Championships it would make for a pretty special week,” Holt said.

Holt was joined on the podium for the girl’s under 20 100m by Erin Cleaver (NSW, 13.83) and Erin Garbler (VIC, 17.11), with Cleaver also winning the Para-athletics long jump in an Australian record of 4.62m for her T38 cerebral palsy class as part of today’s action.

For more information on the 2017 Australian Athletics Championships, including results, please click here.