Reid in rainbows on opening day of Para-cycling Worlds 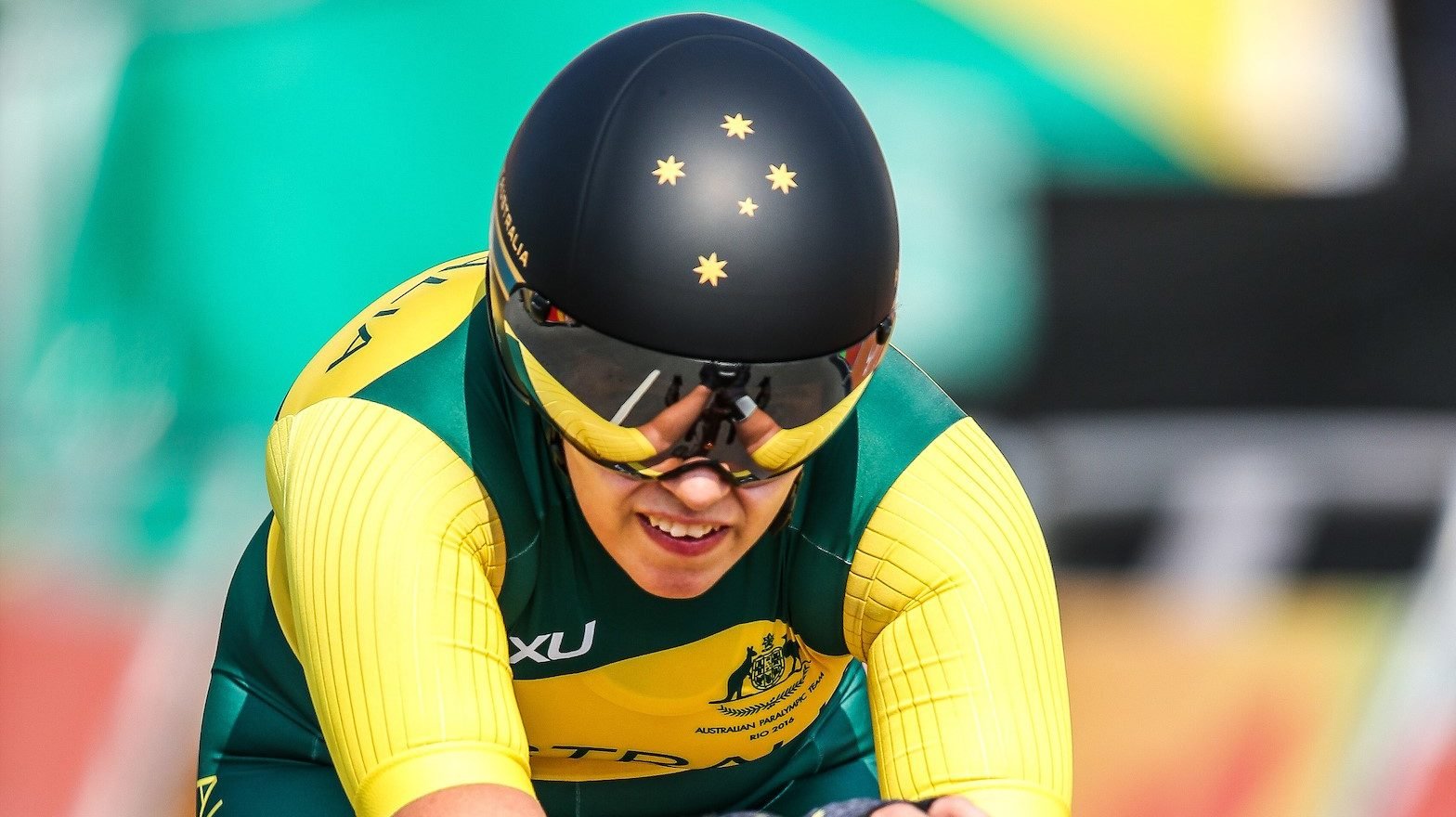 “I couldn’t believe it when I looked up and realised I had won.

“I thought ‘Wow, I am actually going to get a rainbow jersey’.”

The world championship silver medallist from one year ago in Italy, Reid clocked 43.192 seconds for the two-lap event to claim her maiden world title.

“For the first time ever, I was really nervous before the race,” revealed Reid.

“I think I was nervous or worried about getting a good start.

“Felt like my start was OK, but my coaches said it was a great start.  Felt OK over the first lap, then picked it up and came home really strong.”

The result continues a whirlwind rise in the ranks for Reid who only took up cycling in 2015 after switching from swimming in which she represented Australia at the 2012 London Paralympic Games at just fifteen years of age.

Four years later she was back at the Paralympic Games in Rio, but this time on a track bike, where she won silver in the time trial.

“Less than years 18 months ago, I could not have imagined winning this, let alone a Paralympic medal, any medal really,” said Reid, who revealed she got back into cycling after finding an old cycling jersey she wore as a seven year old while cleaning out under the house.

“I would like to thank Cycling Australia for supporting me from when I first started to now, they’ve been great.

“Also to Tom Dawson my coach back home, and my mum who has been through everything.”

There won’t be any time for celebrations for Reid however, with her next race on day two – the 3km individual pursuit.  She may also contend the scratch race and team event.

In the women’s C3 final, dual 2012 world champion Simone Kennedy (NSW) posted 44.171 seconds for the 500m event.  Jamie Whitmore (USA – 43.640) took gold, however despite Simone’s time being just half a second behind Whitmore’s, with only two competitors in the event, it unfortunately was outside the time required to win a medal (97% of the world record time 41.252 seconds).

The Championships, which are being held at the VELO Sports Center in Carson in the west of Los Angeles, signify the first time in the history of the sport that a UCI Para-cycling Track World Championships have been held during the season following a Paralympic Games.

Follow the Australian Team at the Championships via the official VeloResults Live Timing site.