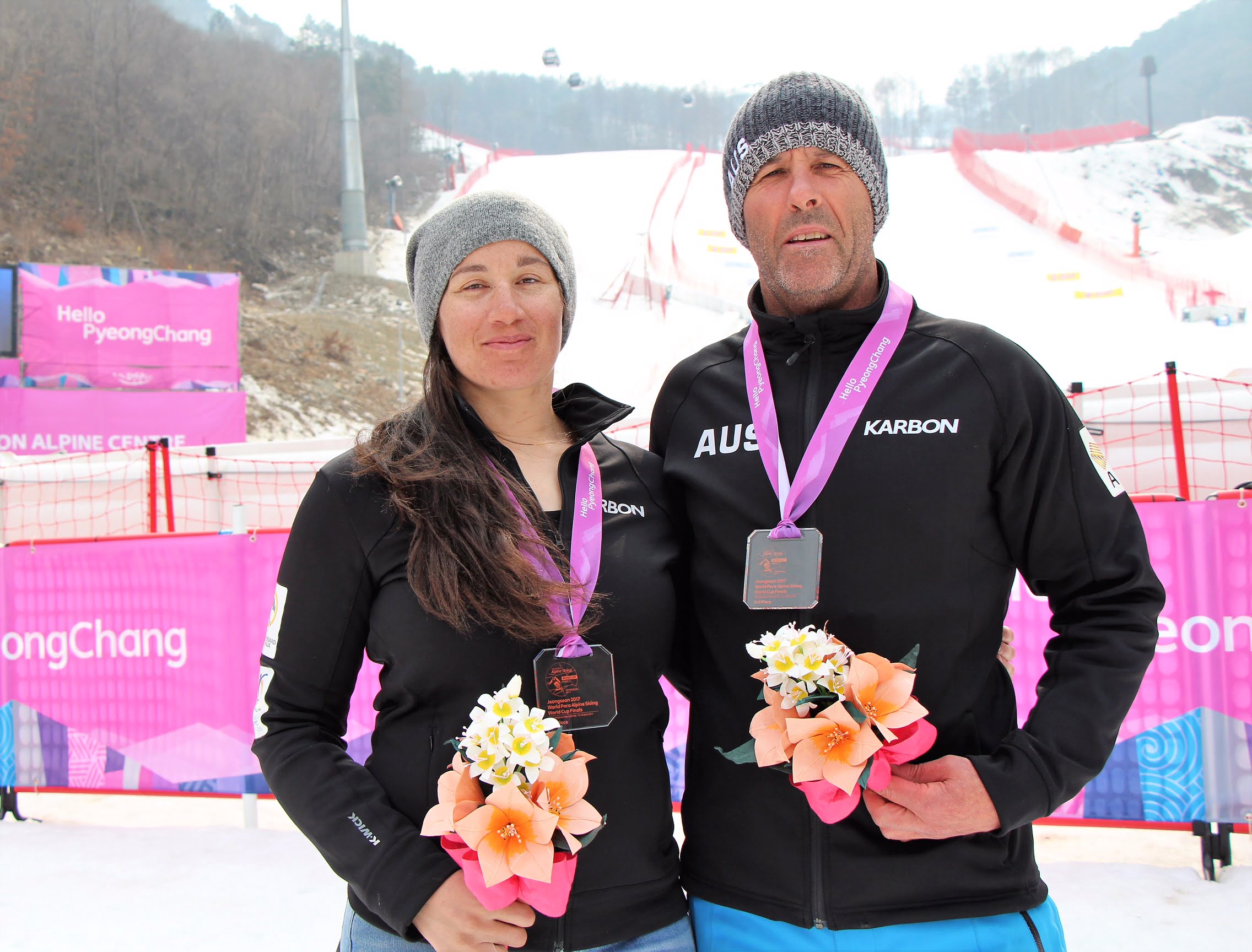 After an extended break from competition this season, Melissa Perrine has sent a warning to her rivals by adding to Australia’s medal haul at the IPC Alpine Skiing World Cup Finals in PyeongChang.

With university commitments in Australia restricting her time on snow during the northern hemisphere season, Perrine said her bronze medal today in the women’s vision impaired Downhill was particularly pleasing.

The two-time Paralympian slashed her way to third place on the podium with guide Andy Bor in a time of 1:37.60, behind Slovakia’s Henrietta Farkasova and guide Natalia Subrtova (1:31.60) and Great Britain’s Millie Knight and Brett Wild (1:32.77).

But with university set to take a back seat to her Winter Paralympic Games preparation ahead of PyeongChang 2018 next March, Perrine knows her speed output will only increase from now on, along with her medal chances.

“It is satisfying,” Perrine said of her bronze medal. “It’s a good indication of where I’m at right now.

“I’m feeling a little bit rusty for sure. We still have a lot of work to do between now and next year, but it’s really encouraging that I’m up there knowing that I still have a lot more work to put in. We will build on this.”

“Next season I’ll be on snow a lot of more and will really be able to focus on technique and running with a bit more speed.

“I’m really looking forward to the Games next year now. It’s going to be really good and we know that it’s going to be a very competitive field. On any day, there are five or six of these girls who can win a medal so that’s great.”

Perrine’s bronze medal was Australia’s second at the IPC’s season finale this week, after Joany Badenhorst claimed silver in the women’s LL2 Para-snowboard cross on Friday.

In other results today, Victoria Pendergast crashed out in the women’s sitting Downhill race, while Mitchell Gourley came agonisingly close to claiming bronze in the men’s standing Downhill.

Gourley remains in contention for the overall IPC Crystal Globe for the 2016/17 World Cup season, but his chances took a blow today after overall leader Markus Salcher extended the deficit (1:28.55) by claiming victory in today’s Downhill.

Gourley, currently in second position on the overall standings, was left to lament a few mistakes early in his run.

“I’m just disappointed in myself. I think tactically I made some mistakes. I missed a gate in training yesterday and that always plays on your mind a bit, especially when there wasn’t a second training run” Gourley said.

“I was frustrated with myself because I was probably too conservative up there and then I bit off more than I could chew by trying to make up time at the bottom which is never smart, especially in deteriorating snow.”

He also admitted his push for the Crystal Globe influenced the way he attacked the course.

“It was not my best skiing, but hopefully if I can put some things together over the next couple of days, I can still have a crack at that big one,” Gourley said.

“I probably fell into the trap of thinking about it a bit too much today.

“Something I’ve been working on the last couple of years is to be happy with my skiing at the end of the day and let everything else take care of itself.

“I know everyone says it, but it is really true. As soon as you get caught up thinking about points, you start skiing to finish and that never works.”