Chaffey steals the show at Devonport 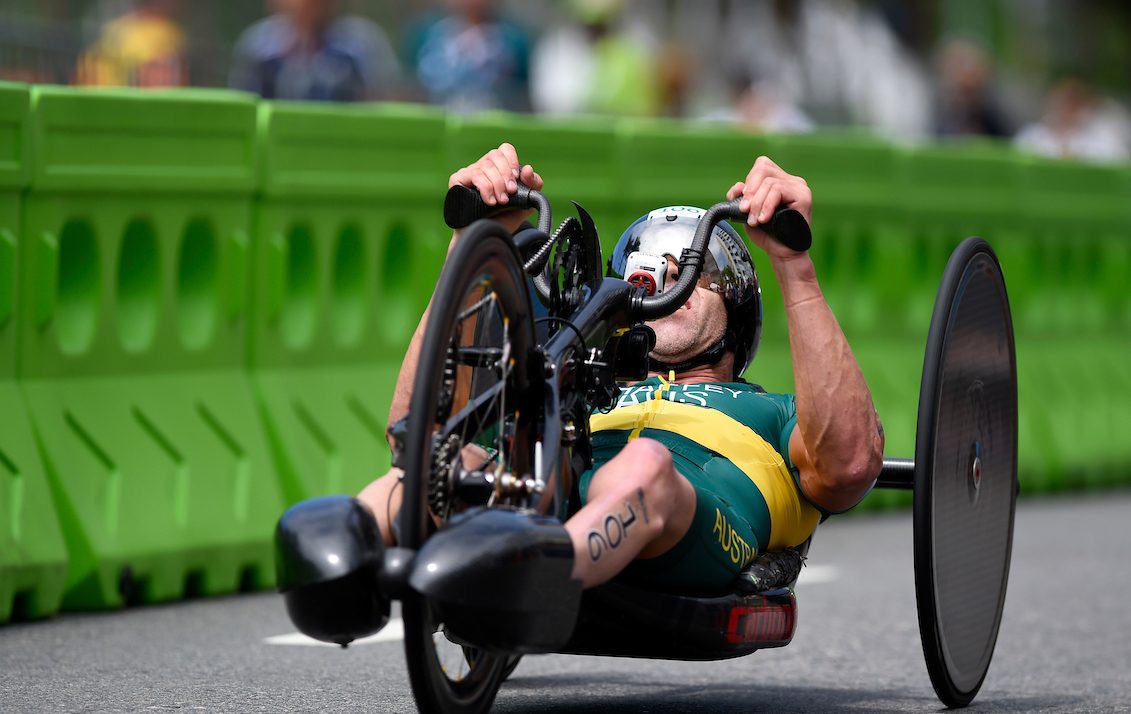 An unstoppable warhorse showed all the toughness that has made him a five-time world champion at the Oceania Triathlon Union (OTU) Triathlon Oceania Championships in Devonport, TAS, on Saturday (18 March).

In the final event of the day, five-time world champion Bill Chaffey (PTHC) survived a spectacular bike crash to add another Oceania title to his long list of victories.

Chaffey will now set himself for the International Triathlon Union World Triathlon – which will double as the first 2018 Commonwealth Games nomination race – on the Gold Coast, QLD, on 8 April.

For 41-year-old Chaffey, his performance to get back on his damaged handcycle after crashing was yet another example of just how tough a competitor he is.

Chaffey and vision-impaired Para-triathlete Jonathan Goerlach converged on a tricky 90-degree technical corner, and it was Chaffey who came off second best.

“I knew it was a tricky corner, but we hit the corner at the same time, and me being as aggressive as I am, I went for the inside running – and because I took it too sharp on a three-wheel bike, it tipped on to two wheels and headed straight for the wooden bollards,” Chaffey said.

“I thought, ‘If I hit this head-on, I’ll do some serious damage to this bike,’ so I slid off on the side, and still did some damage to the bike and took some skin off, and got back on.”

After his race, Chaffey went to first aid to get patched up, but will have to send off to Switzerland to get new parts for his bike in time for the Gold Coast.