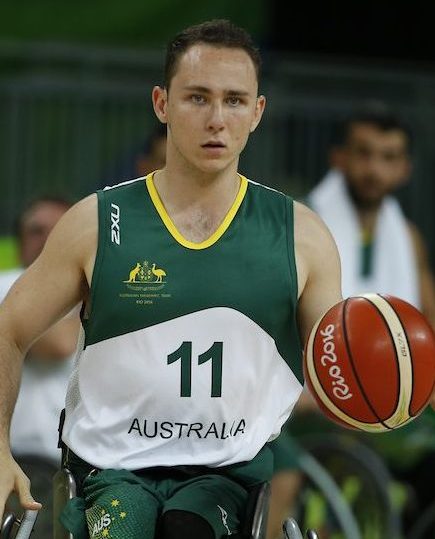 “Supporting sport across the NT is very important to the Territory Labor Government it creates opportunities for Territorians, in particular our kids, and also promotes a healthy lifestyle within the community,” Ms Moss said.

“We will continue to ensure our athletes, coaches and officials have the best possible opportunity to excel. We are investing $35 million into rugby league and netball stadiums and also provide numerous grant opportunities to teams and individuals.

“Tom captured the hearts and spirit of Territorians when he represented Australia at the 2016 Summer Paralympics for wheelchair basketball, and tonight’s award celebrates his outstanding achievements as both an athlete and a Territorian.

“Tom is a role model for all Territorians, in particular young Territorians who have the dream of participating in their chosen sport at the highest level.”

Minister Moss also congratulated Abby Cubillo for being awarded the NT Junior Sportsperson of the Year, an award the basketballer has now won two years in a row.

“Abby is an incredibly talented young athlete, having been awarded a full scholarship at Basketball Australia’s Centre of Excellence – the highest achievement possible for junior basketball players in Australia.

“Having represented the Territory and Australia at a national and international level, Abby was part of the Australian Gold medal Under 17 FIBA World Championship Team.”

“Tahnee is the most successful swimmer in Territory history and is extremely deserving of the Administrator’s Medal,” Ms Moss said.

“Tahnee epitomises what it means to be an important role model in the community and I’d like to thank her for her positive contribution to the sport.”

More than 300 of the Territory’s best athletes, coaches, officials, administrators and support staff attended the awards ceremony at the Marrara Indoor Sports Centre, as part of a celebration of the Northern Territory Institute of Sport’s (NTIS) 21st anniversary.