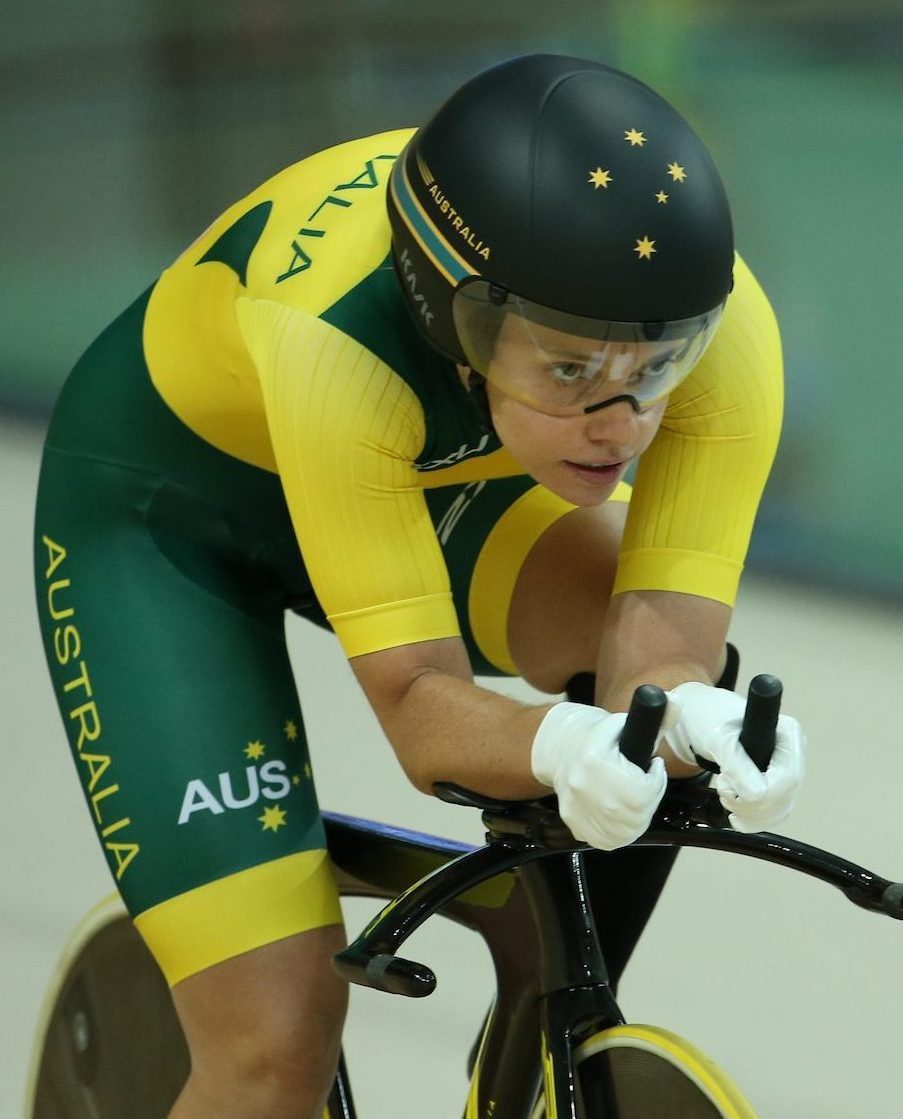 The Australia Para-cycling team is riding high in Los Angeles with a day two swag including three rainbow jerseys and two bronze medals at the 2017 UCI Track World Championships.

Twenty-year-old Amanda Reid (NSW), grabbed her second rainbow jersey in almost as many hours, this time in the C3 3km individual pursuit.

After winning the 500m time trial on the opening day, Reid showed her prowess over the longer distance as she caught her opponent inside the first half of the 12-lap event to take the win.

“Pretty exhausted but happy at the same time,” said Reid. “I started really well, really strong, I had one goal to ride my hardest to catch her.

“Couldn’t believe it when I caught her within five laps, I was just ‘wow’.

“Three rainbow jerseys (for the team) is amazing, Dave and Simone are over the moon too with their rainbows, Darcy and Kyle getting a medal too, its amazing.”

“It was such a good race, really good to watch everyone told me, so I am glad I entertained everyone too!,” Kennedy said.

“When I raced Jamie, I know it is always going to be close, I didn’t think it would be that close,” she revealed.

“I was up most of the race, but knew Jamie was closing in on me a bit, I think I heard the commentator saying that, and Peter Day was on the bend yelling at me.

“I knew she was coming, so with two laps to go I just gave it everything and with one lap to go, I was just hoping to make across the line.

“When I heard a bang, the gun go on my side gun on my side first, I was very relieved.”

“It is nice to be back after five years, when I heard the Championships where going back to LA, I thought it might be my lucky track.”

Reigning Paralympic champion David Nicholas (QLD) took gold in the men’s C3 3km individual pursuit.”It feels so great to have the rainbow bands back, to win the pursuit back,” said Nicholas, who revealed a slight sickness heading into race day took his nerves away.

“I did feel some pressure, but having a cold coming into took that away. I was just trying get myself better to be able to ride.”

“In the final, I got back on terms with Joe with six or seven laps to go and with five laps to go turn on the after burners, as my teammates said,” Nicholas added.

“It is awesome to win two medals in two days. I couldn’t ask for a better Championship’s, so far. I do have the scratch race on Sunday so hopefully I do a good performance.”

The Championships, which will be held at the VELO Sports Center in Carson in the west of Los Angeles, signify the first time in the history of the sport that a UCI Para-cycling Track World Championships will be held during the season following a Paralympic Games

Follow the Australian Team at the Championships via the official VeloResults Live Timing site.