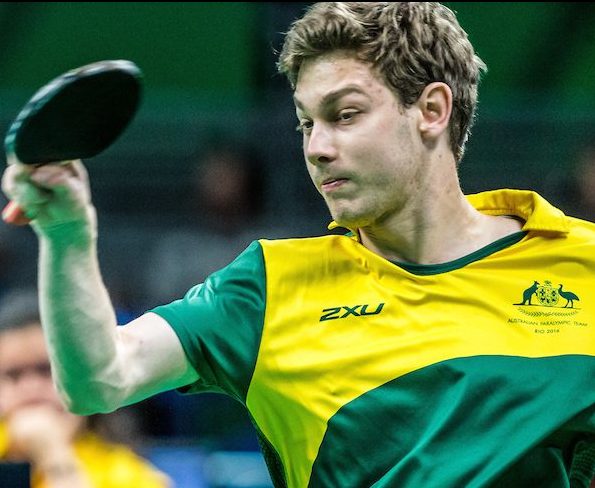 His outstanding achievement was recognised at Sunday night’s presentation evening when he was named the 2016 Arthur Wilks Para Player of the Year.

Table Tennis Australia also presented 21-year-old von Einem with a framed signed shirt. The shirt and the Player of the Year Award were presented to von Einem by Bruno Moretti, who, alongside Bill Mather Brown, won Australia’s first ever Paralympic medal.

Moretti and Mather Brown won silver in the B-class doubles at the 1960 Paralympic Games in Rome.

Moretti also won gold in both singles and doubles in the Para table tennis events at the 1962 Commonwealth Games in Perth.

He also teamed up with Victoria’s Rory Carroll to in doubles gold.