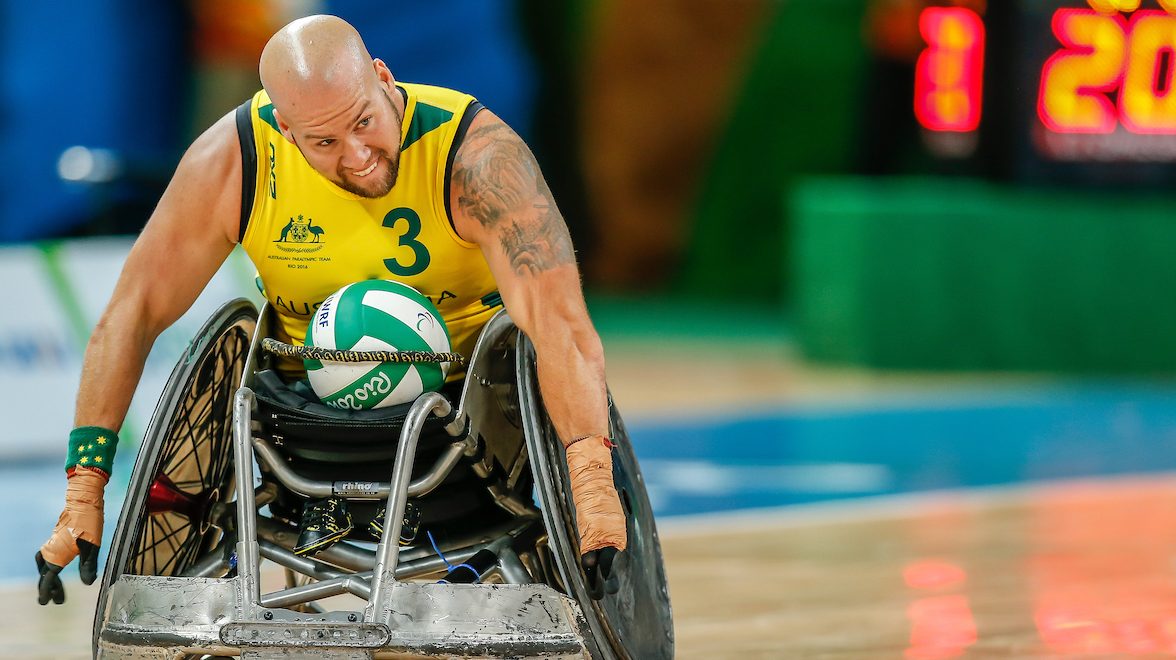 The Australian wheelchair rugby team have won it all, and they are still hungry for more.

The Australian wheelchair rugby team have pretty much accomplished it all. Now the question is where they go from here.

They won back-to-back Paralympic titles and the 2014 World Championship title, and are still the No. 1 ranked nation.

Four-time Paralympian and high-pointer Ryley Batt said despite having achieved everything he has set out to do his in wheelchair rugby career, there is always motivation to keep going. It is a matter of finding it.

“It’s been a really good ride and it’s definitely hard to carry on with that winning streak in majors,” Batt said.

“I definitely think we can do it, but it’s going to be a very hard task over the next three years to knuckle down for Worlds [in 2018], and then Tokyo will be an amazing Paralympics.

“I’ve had a mental break from the sport, but the motivation kicks in when you’re playing for the new guys and your teammates, because you don’t want to let them down.”

Batt still gets the “shivers” thinking back on Australia’s Rio 2016 triumph.

“It was such a great game to be a part of, let alone win,” he said.

“I definitely get the goose bumps and I’ve watched the game two or three times.

“I was pretty angry at myself for making some errors, but when the pressure is on and the fatigue kicked in after such a huge tournament, you’re bound to make errors.”

Australia will host the International Wheelchair Rugby Federation (IWRF) World Championships for the first time in 2018, with the other teams out to upstage the hosts.

“I think this year is a lot about development and improving the players we’ve already got.

“Time will tell what happens next year, but we’re definitely confident and want to win.”

The 27-year-old admitted he is now at the stage of his career where he must be more conscious about his preparation.

“I think the entire sport evolves every four years, so you’ve got to train harder and be smarter about everything,” Batt said.

“I don’t want to put too much stress on the body so I don’t break down before Worlds and Tokyo.

“It will be my fifth Paralympics at Tokyo and my fourth World Championships for Australia.”

Batt has been rested for Australia’s upcoming tour of New Zealand to allow some of the team’s younger members to get international experience.

“It will be sad not to play for Australia and I’ll definitely miss it, but at the end of the day it will benefit the team and they’ll still smash it,” he said.

Batt’s first hit-out since the Paralympics is set for May at the Japan Para Games.