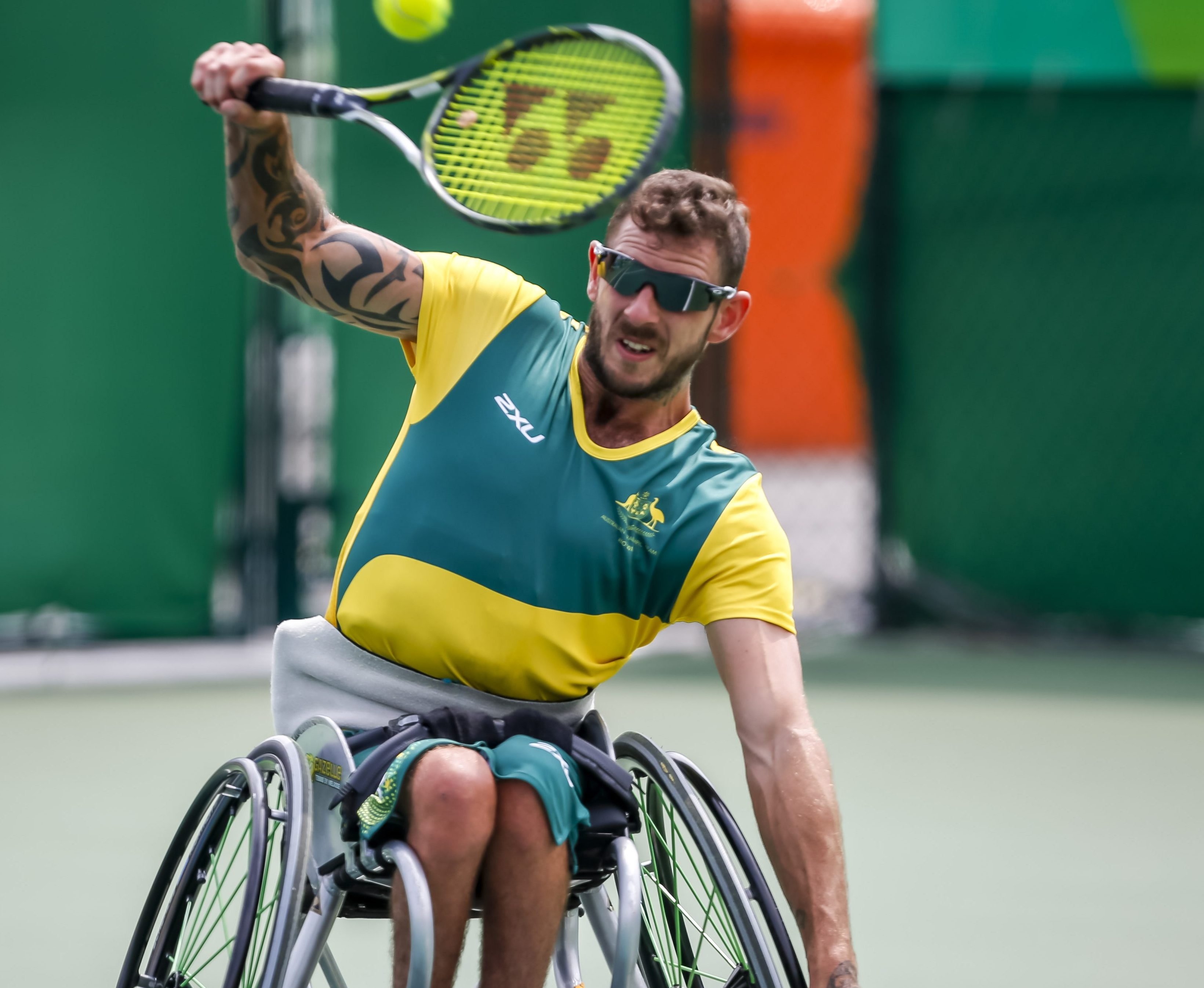 Davidson is among 20 players who will line-up for the four days of competition at the first major on the 2017 UNIQLO Wheelchair Tennis Tour, with the entries headed by defending champions Gordon Reid, Jiske Griffioen and Dylan Alcott.

Davidson, his fellow Australian Ben Weekes and Katharina Kruger of Germany are the three players awarded the one wild card available for each of the quad singles, men’s singles and women’s singles, respectively.

The top seven ranked men’s and women’s players and top three quad players at the ranking cut-off date plus one wild card for each event make up the entries, with Britain’s Jordanne Whiley having announced early last month she would not contest the women’s singles as she recovers from a wrist injury.

That means Whiley’s fellow Brit and current world No. 8 Lucy Shuker becomes the last direct acceptance, with world No. 9 Kruger being awarded the women’s wild card for the second time in three years.

While world No. 1 Reid heads the men’s singles field as he prepares to return to the scene of his maiden Grand Slam singles title in 2016, Alfie Hewett is set to make his Australian Open debut. Hewett marked his Grand Slam debut at Wimbledon last year with victory in the men’s doubles, alongside Reid, after being awarded the wild card on that occasion.

Weekes has been awarded this year’s Australian Open wild card for the men’s singles, meaning he is set to contest the main draw at his home Grand Slam for the first time since 2012, after winning Australia’s National Wheelchair Tennis Championships in November.

Double Rio gold medallist Alcott, named Australia’s Paralympian of the Year in 2016, when he was also the first wheelchair tennis player to be awarded the Newcombe Medal, tops the field for the quad singles and will aim for his third successive Australian Open title.

World No. 2 David Wagner already has three Australian Open quad singles titles to his name. The American is the only other previous champion in the field, while former US Open champion Andy Lapthorne will aim for his first singles title at Melbourne Park.