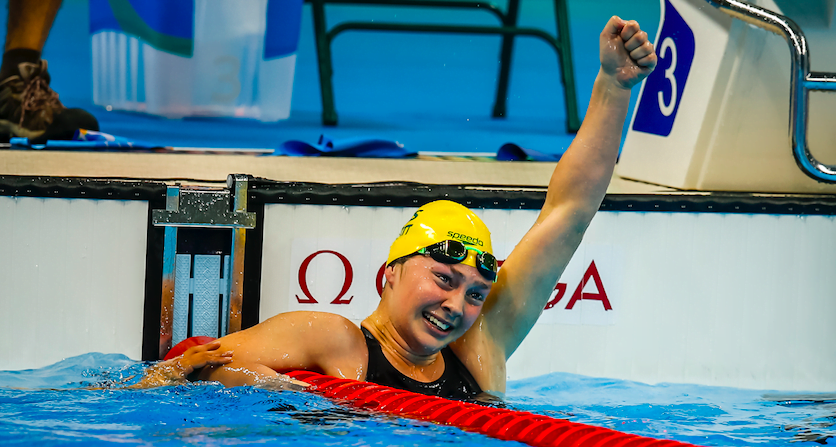 Para-swimming star Maddison Elliott continues to add to her stellar list of achievements this year, collecting the top prize at the NSW Institute of Sport (NSWIS) Awards in Sydney, NSW, last night (17 November).

“I am honestly shocked to have won all three awards that I was nominated for. I don’t think that will happen again. I’m living in the moment,” she said.

“It has definitely been a huge year. I had a few ups and downs with injury, I lost a friend to illness, but I bounced back from all of that and competed well in Rio [at the 2016 Paralympics],” she said.

The NSWIS’ Chief Executive Officer Charles Turner echoed Elliott’s sentiments, noting that her success in 2016 is “the reward for many years of hard work and sacrifice”.

“The NSWIS and our partners are privileged to be able to support such high-calibre athletes in their quest for excellence, and we will continue to do so moving towards the 2020 Olympic and Paralympic Games,” Turner said.