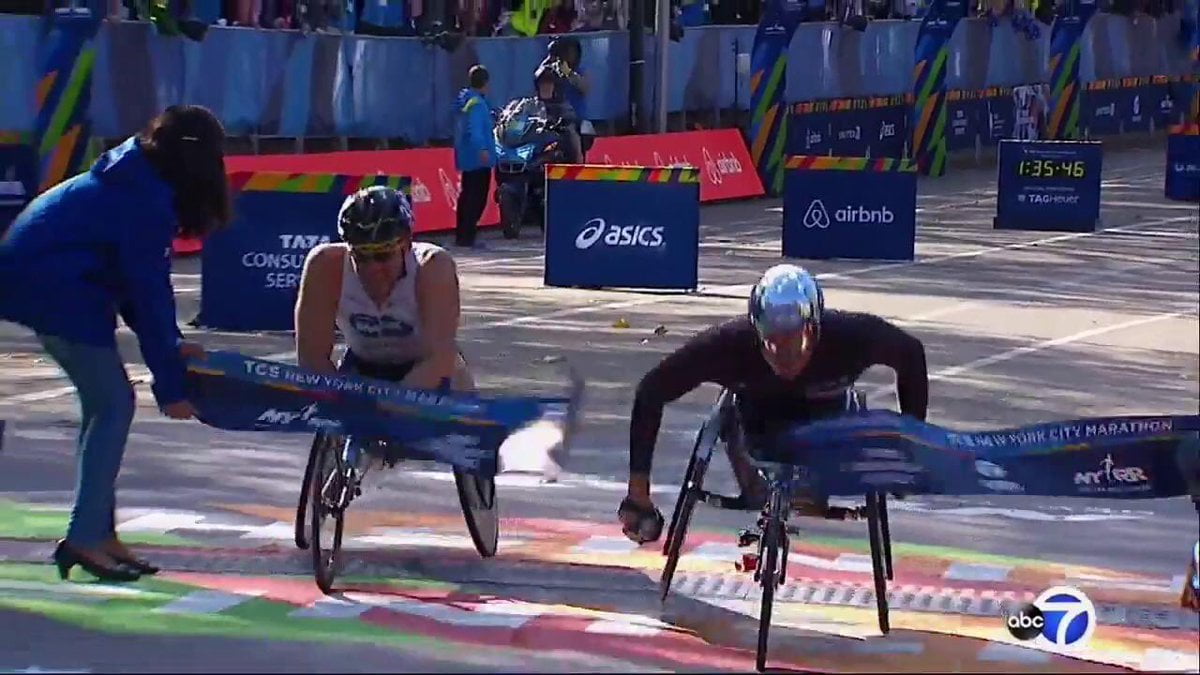 Fearnley and Hug both finished in a time of 1 hour 35 minutes 49 seconds, more than three minutes ahead of third placed Josh George (USA).

The result mirrors the finish of last month’s Chicago Marathon and September’s Rio Paralympic Marathon with Hug sprinting clear to win by the narrowest of margins.

“That was a tough race and tough result to take,” Fearnley said.

“Full credit to Marcel, he’s had a tremendous year but I’m sick of seeing the back of his chair!”

“It’s hard to get one win in a year and Marcel has had five. I managed one early in Tokyo but couldn’t get around him in the final sprint for the last few. I’ll be back next year though and I’m determined to get a few more wins under my belt.”

Fearnley now takes a well earned break following a gruelling 2016 season that included marathon wins in Tokyo and the Gold Coast, second placed finishes in New York, Chicago, Rio Paralympics and London and a third place in the Boston marathon.

“It’s been a massive year and I’m looking forward to a break,” Fearnley said.

“First job is hitting the sidelines though. My wife (Sheridan) is running her first marathon today and it’s my turn to cheer as loud as I can to get her across the finish line.”