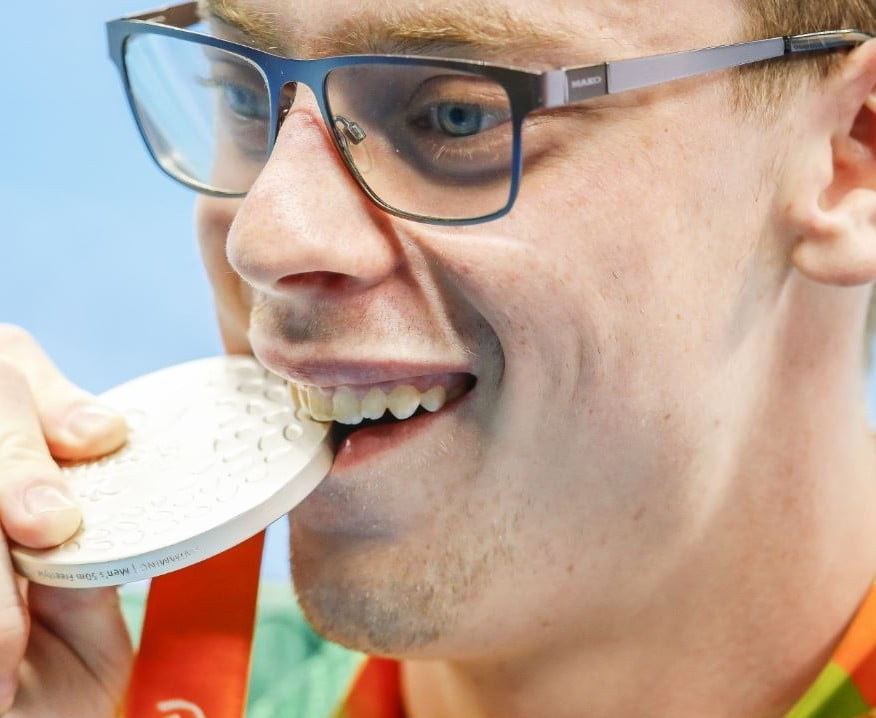 Glenallen School in Glen Waverley is naming its swimming pool in honour of a former student who has done his old school proud by winning a trio of medals at the Rio Paralympics.

Tim Disken trained in the pool while he was a student there between 2011 and 2015, representing the school, Victoria and Australia all by the time he was 19.

The school decided to name the pool the ‘Tim Disken Pool’ after watching his fantastic success in Brazil.

Joining Tim at the school to announce the pool’s new name, Premier Daniel Andrews said he would be an inspiration to budding athletes at the school for years to come.

Tim has cerebral palsy and prepared for his Paralympic challenge at the Australian Institute of Sport in Canberra where he lives as an athlete in residence.

We’ve set ambitious Education State targets to give every child every chance in school, work and life. By 2025, we want to achieve a 20 per cent increase in the proportion of kids doing an hour’s physical activity, five times a week.

Glenallen School caters to students with a wide range of intellectual and physical abilities. The Labor Government provided $2 million in the Victorian Budget 2016/17 as part of a $155.8 million boost to ensure students with special needs get the opportunities they deserve.

The funding will be used to modernise the school’s bathrooms and swimming pool change rooms, and improve accessibility. FSMA Architects has been appointed to the project which is expected to be completed in 2018.

“His remarkable achievements have made this great school proud and will provide the motivation for future students to fulfil their dreams and potential.”

“Tim should be enormously proud of his achievement, just as his school clearly is. What he has done takes focus, determination and years of practice.”

“Future students will swim in this pool knowing it was where it all started for a gold medal winning Paralympian.”

“Tim embodied the school’s motto of achievement through active learning and we are all extremely proud of him.”

“He was a hard working student who became school captain, supported other students and represented the school in the community. He has already achieved so much but I am sure he will go on to achieve even more.”

By the Victorian Government