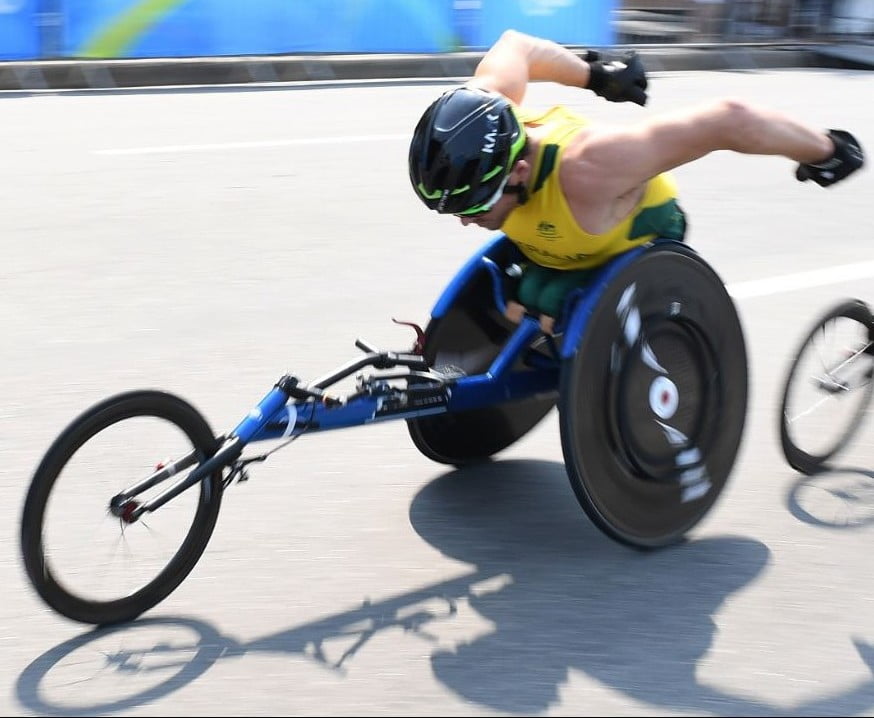 Kurt Fearnley has finished second in the Chicago Marathon, centimetres behind winner Marcel Hug of Switzerland.

Fearnley was awarded the win before the result was overturned following a photo-finish review.

Hug and Fearnley broke from a pack of ten racers in the closing kilometre, chasing towards the finish line side-by-side. The lead changed several times over the final 200m before Hug put in one final surge to win in a time of 1 hour 33 minutes, reversing last year’s one-two when Fearnley snatched victory over Hug.

“I’ve had a few wins here and a couple of seconds now but I don’t remember any race being as tight as this one,” Fearnley said.

“Full credit to Marcel (Hug), he’s been in outstanding form this year and near impossible to beat. I get one more crack in New York in a few weeks and hopefully I’ll be leading through the finish line rather than 10cm before it.”

It’s the third one-two finish in marathons this year for Hug and Fearnley, with today’s result repeating last months Rio Paralympic Marathon finish as well as the London Marathon’s in April.

“I’ve had a great year so far but unfortunately Marcel’s has been that bit better! Second here is nothing to shrug at, I’m happy with the push and now it’s time to rest up and prepare for one last big effort for the year.”

Fearnley will be attempting to win his sixth New York Marathon title next month and second marathon this year following victory in February’s Tokyo Marathon.