Women’s table tennis team to play off for bronze 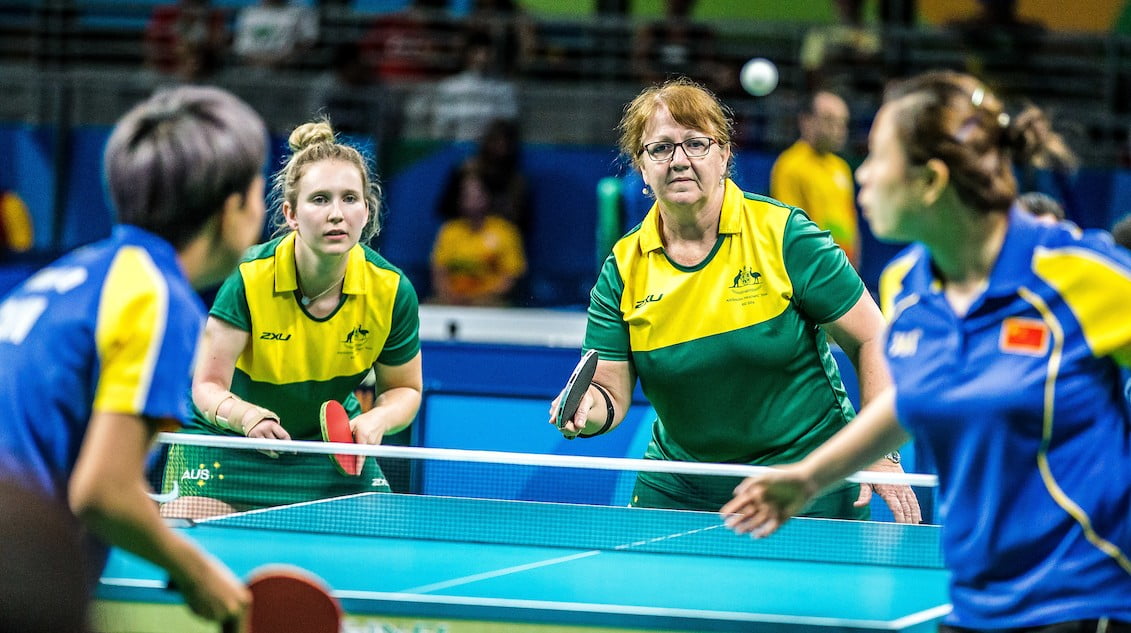 Melissa Tapper and Andrea McDonnell have progressed to the bronze medal match of the teams event in table tennis, giving Australia a chance at a second Paralympic medal in the sport in Rio.

Despite the loss, both Tapper and McDonnell were in high spirits, and are now looking forward to taking on Brazil this Saturday.

“Everytime you step out onto the court, you have to be in it for a chance to win, so we gave it a good fight in the doubles and we took a set, which is the best we’ve done against them. Our little duo is beginning to come together, which is nice,” said 26-year-old Tapper who has only been competing with McDonnell as of this year.

While Tapper was previously unsuccessful in her bronze medal play off in the singles event at the London 2012 Paralympic Games, she is looking at this game from a different perspective.

“This is a team event this time, there is no I in it. Andrea and I are going to have to work together as a team to get this one over the line. Again though, we’re up against tough competition but we’ll give it our best shot.

“Given we’ve only been playing together for a little while, we’ll be happy with whatever result we come out with.”

Tapper and McDonnell will compete for bronze on Sunday morning at 1am AEDT.

“Deep down we expected the loss, but we took a game off them in the doubles and we’re looking at that as a positive,” said Queensland’s McDonnell.