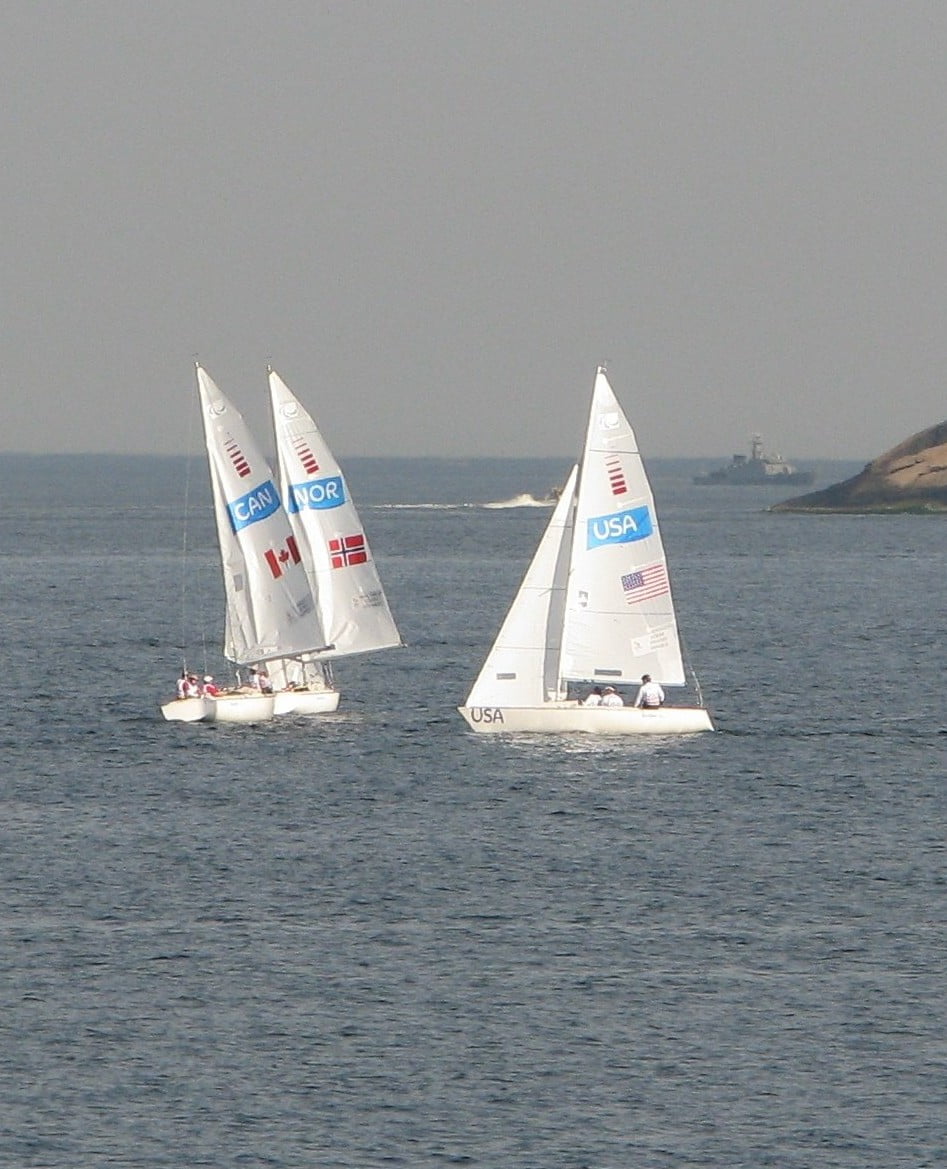 The Skud 18 pair from the United States quipped that defending gold medallists Dan Fitzgibbon and Liesl Tesch must have jets propelling their boat, such was the magnitude of the Australian team’s race victory at Rio’s Marina da Gloria.

But, in fact, it was the other Australian crew in action, the Sonar trio, who benefitted from jets. Real jets.

After a two-hour delay due to an anticipated change that never arrived, officials sent out all three crews for their respective third races in light winds. Fitzgibbon and Tesch blitzed the field to win by 57 seconds from second-placed Poland and 3 minutes and 20 seconds from third-placed Canada, before they were brought back to shore.

The Sonar boys finished fifth in their race, but thanked some help from above for their comeback from seventh at the first mark.

“As the jets land overhead, they throw down a lot of wind,” crewman Jon Harris explained.

“In fact, Norway, who eventually came second, was perfectly positioned and shot ahead during one of these incidents. “Then on the last square run we actually took advantage of it and went ahead of a number of boats coming into that last square run. You just had to line yourself up with jets.

“This is unique. It will change the result.”

The proximity to the airport is just one of the challenges the crews face on Guanabara Bay. Tesch and Fitzgibbon faced conditions that weren’t to their liking, yet their experience and sound preparation shone through.

“It doesn’t get harder than that today, the waiting around, we’re not going to sail, we are going to sail,” Fitzgibbon said, adding that the strong tides and light winds made for one of the toughest sailing conditions he had raced in.

“You just have to keep calm and be ready to race at any minute. It’s just experience. We’ve done it a lot now.

“I’m pretty proud of us as a team, the way we did it. We thought it through and made some really good decisions.”

2.4mR solo sailor Matt Bugg had his race abandoned due to the conditions but, like the other crews, faces an early start for day three, 12pm instead of 1pm, and three scheduled races instead of two.