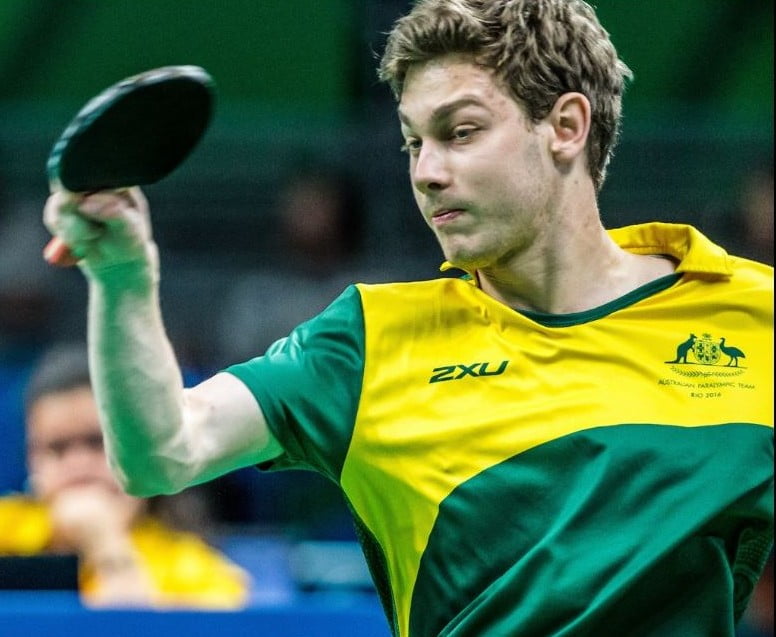 Sam von Einem has claimed silver in men’s table tennis at the Rio Paralympic Games, winning Australia’s first medal in the sport since 1984.

Previously ranked seventh in the world in the TT11 class for athletes with an intellectual disability, von Einem found himself in an enthralling, see-sawing dog fight playing off for gold against world number one, Florian van Acker of Belgium.

“When you get into a gold medal play off, you really want to win it, but it’s really cool to have won a medal,” said Von Einem.

“He’s world number one for a reason.

“It was great to win a couple of sets in a row. I put a lot of pressure on him and to make him lift, to push him and force him to try to beat me was great. I’m stoked with silver.”

Having won just one international competition prior to the Paralympic Games, 21-year-old von Einem said it was his career highlight to date.

“This is the highest achievement in my table tennis career. I’m so happy I was able to just bring out my best at this competition because it only comes around every four years.

“It’s been a long time since we won a medal in table tennis. Now I’m looking forward to Tokyo, to come back better, stronger, faster.”

Von Einem started playing table tennis when he was 11 when his family moved to Abu Dhabi for two years, as a way to help him develop both intellectually and socially.

“I didn’t know I could qualify for Paralympic competition until I was 15 when I found out about my intellectual impairment, but I still didn’t think I’d get to this level.”

Commenting on the depth within both Paralympic table tennis and von Einem’s class, Australian Head Coach Alois Rosario said: “Competition is just getting tougher. The professionalism of all the countries is unbelievable, and for Sam to be able to push through that and reach a final is incredible.”

“It’s always tough to lose the close matches, but he’s done an awesome job to break through that 32 year drought.”