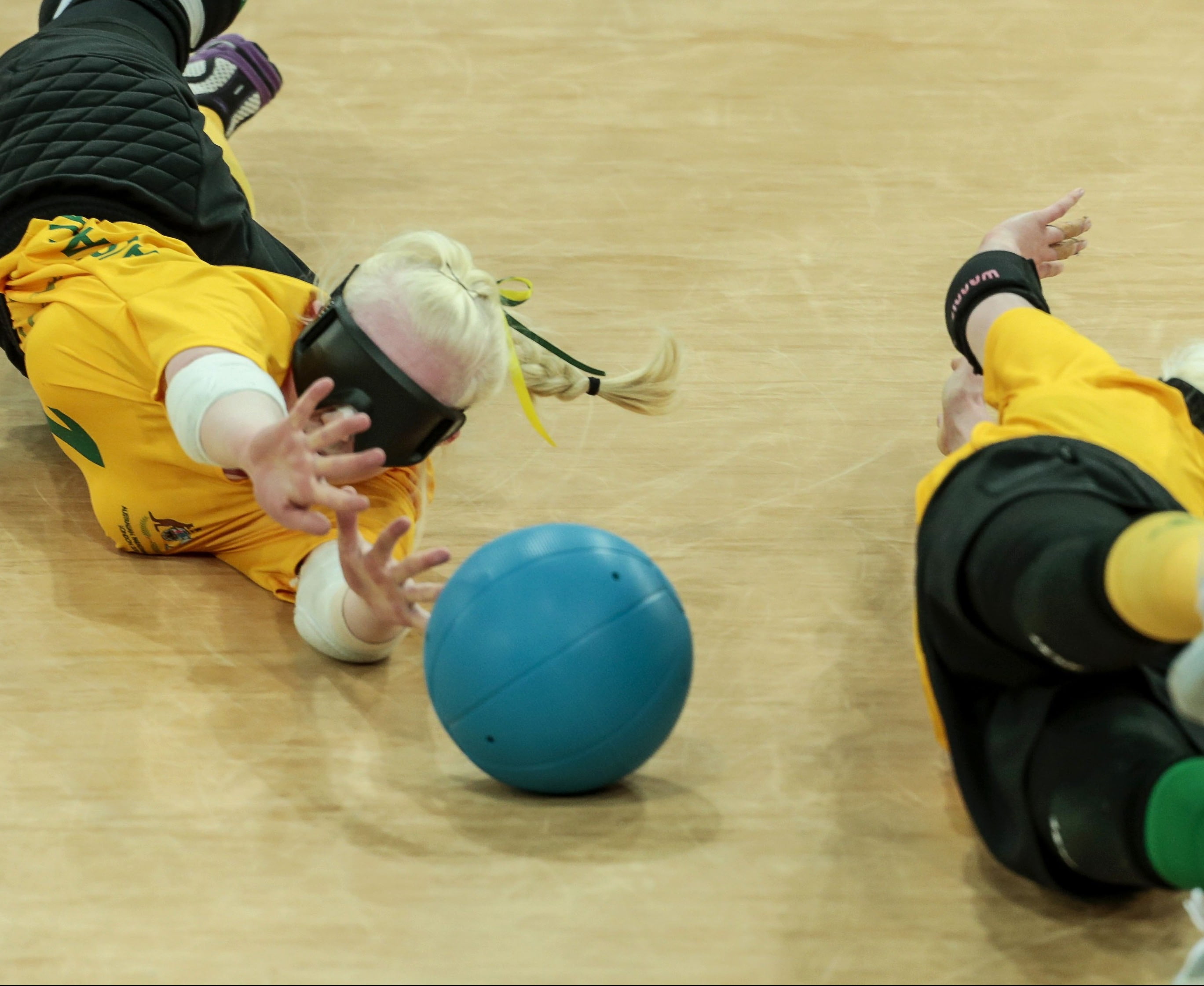 The Australian women’s goalball team have got their Paralympic campaign underway, with a tough but rewarding match against China.

Australia’s Meica Horsburgh opened the scoring in the first minute of the game, but it wasn’t long before China hit back. At half time the World Number 1 ranked team from China had a 3-1 lead but the Aussie girls were not giving up. Nicole Esdaile scored in the 15th minute to bring the girls to two goals, but China soon responded with two more, winning the game 5-2.

For Paralympic debutant Raissa Martin, taking to the court for the first time was particularly special.

“It was so exciting, I didn’t expect to get on the first game – I actually don’t even know how I feel about it,” the 25-year-old from Queensland said.

“I am stoked with what we could do in that game, I think we really did ourselves proud. We had to keep our tempo, keep it slow and control our game, our accuracy and our defence. I honestly think we did what we could – it was a really good game.”

For the six women on the team, the score line was less important than the mere fact of being there after a rollercoaster journey that saw them miss qualification back in November last year before getting a last minute call up after Russia’s exclusion from the Games.

“We didn’t expect to be here and I think we did a really good job to get ready in such a short time,” Martin said.

“I actually think we are doing some of the best stuff we have ever done because of it. We didn’t come in with any expectations other than doing the best that we can.”

Australia will next face Ukraine on Day 3, Saturday 10 September at 10.15am local Rio time.