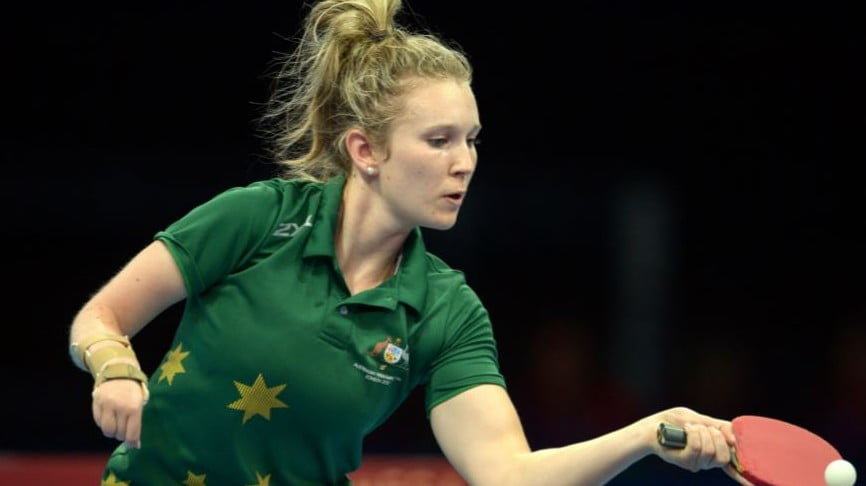 Melissa Tapper, the first Australian to compete at a Olympic and Paralympic Games in the same year, has begun her Rio Paralympic Games campaign with a win, defeating Turkey’s Umran Ertis 3-1 (11-2, 11-4, 10-12, 11-9) in the first pool round.

Winning the first two sets, and coming back to win in the fourth, Tapper was extremely pleased to start off her Paralympic Games campaign in a very different way to the Olympic Games last month.

“It’s so good to get that first win under my belt this early on,” she said.

“I started off very strong but it was expected that she would come back into it and find a bit of a groove. It was quite a battle in the end, but it was great to have that fight in the first match because it will prep me well for my later ones.”

With three athletes in each pool, Tapper will take on Poland’s Natalia Partyka, another dual Olympic/Paralympic athlete.

“That’s definitely going to be a very tough match. She’s incredibly strong but I’ve just got to give it my best shot,” said the 26-year-old from Hamilton, Victoria

A five-time Paralympian in the sport of wheelchair tennis, Di Toro said that although she went down, she was thrilled to have had the experience at this level.

“My first Paralympic table tennis match ever – against world number four; way to get schooled!” she said.

“It was really wonderful just to be in the presence of the best in the world and just getting a sense of how they do what they do is really incredible.

“The thing about Paralympic table tennis is that in Australia, it’s well behind every part of the world, so if you’re playing against anyone else sitting down, there’s not a player at home that can hit that hard and that consistently, with that much variation so I’m very much learning as I go.”