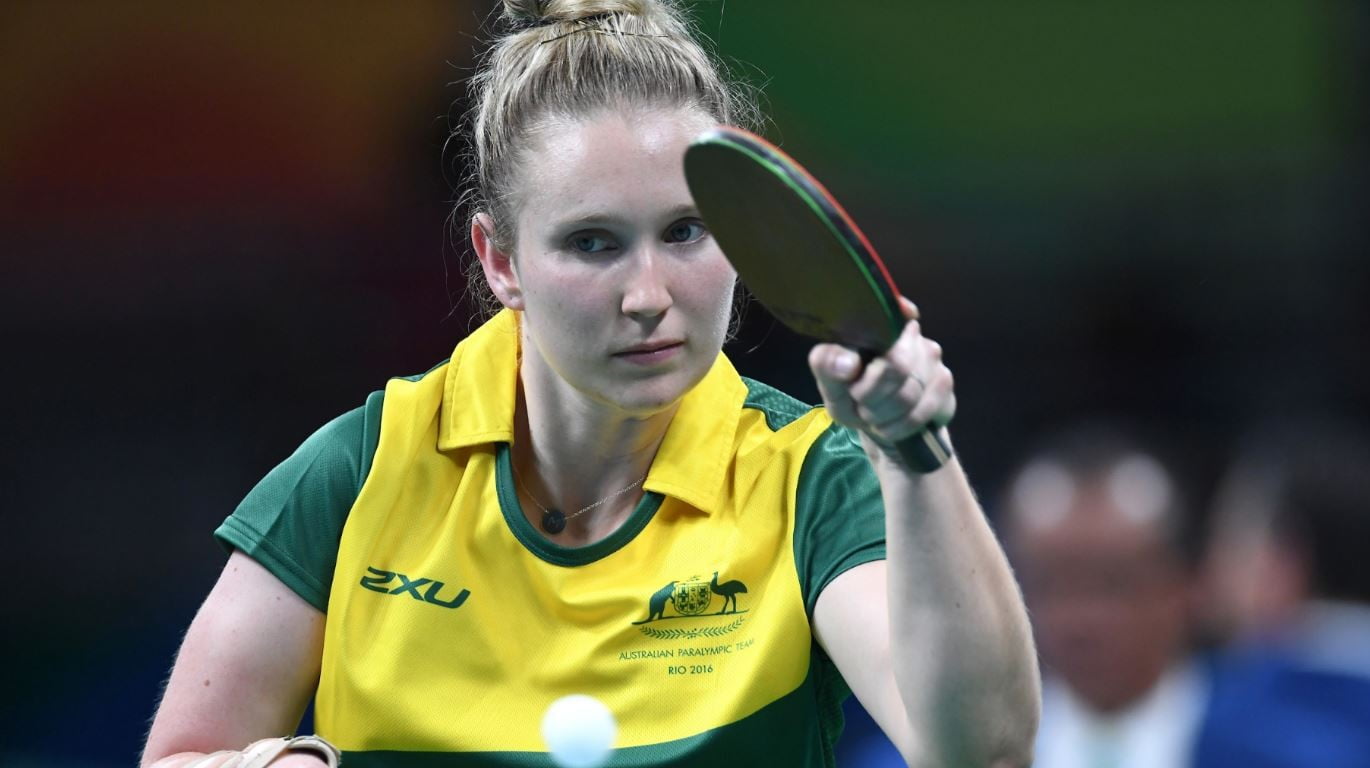 Two Australians have been knocked out of the Paralympic table tennis tournament, leaving Melissa Tapper, Samuel von Einem and Andrea McDonnell as the remaining medal chances in the sport.

2016 co-captain Daniela Di Toro was the first of the two Australians to finish competition today, having been defeated 3-0 (11-2, 11-3, 11-3) by the world number five in the TT4 class, Germany’s Sandra Mikolaschek.

“I said it yesterday, and I’ll say it again, I’m so happy to have even made it to the Paralympics in my new sport and I’m thrilled to get the experience against athletes like Sandra,” Di Toro said.

“There were times in these two games that I thought I really had it, so I know there is a lot of room for me to improve, and I’ll be working hard over the next four years to make sure I’m competitive come Tokyo.”

Victoria’s Barak Mizrachi also missed out on the opportunity to progress into the next round, losing 3-0 (12-10, 11-5, 11-6) against Piotr Grudzien of Poland.

In other results today, Melissa Tapper lost her pool match against world number one, Natalia Partyka 3-0 (11-6, 11-3, 11-4) and will need to win tomorrow’s final pool match against Denmark’s Sophie Walloe to secure a place in the quarter finals.

“It’s not the result I wanted, but it was an expected result,” Tapper said.

“She’s in the top 50 in the world in able-bodied competition, so it’s hard to compete but I put up a big as fight as I could.

“I definitely did better this time round than last time I played her, but obviously every year she is improving as well, so it’s hard to keep up with.

With only one other athlete in his pool, von Einem will progress to tomorrow’s quarter finals. Draw still to be announced.