Aussie Steelers roll on in Rio 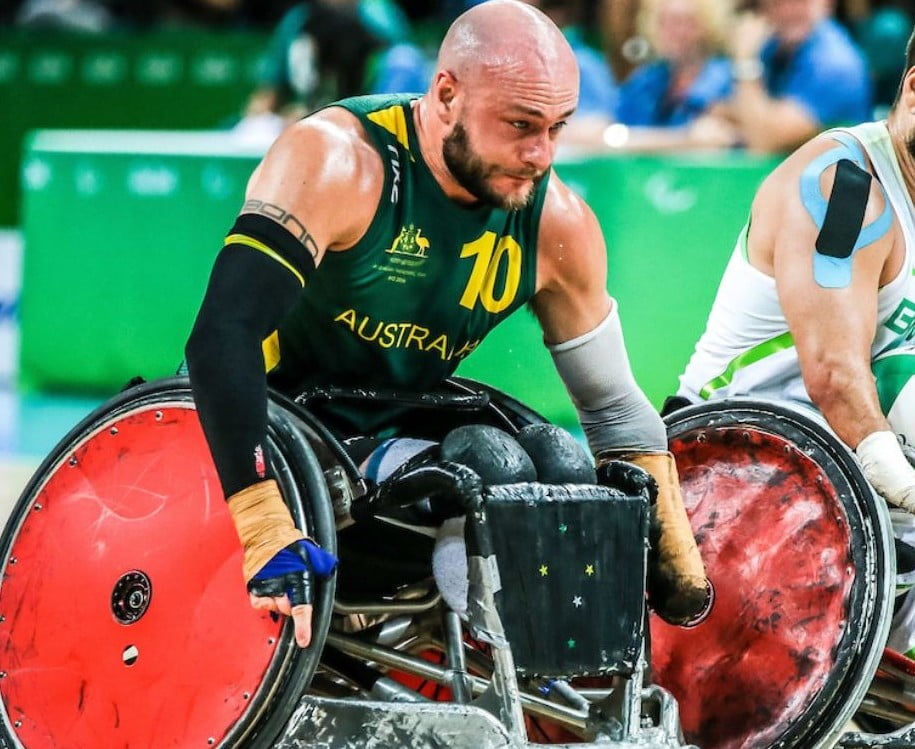 The Australian Steelers’ Paralympic title defence continues to gain momentum after a 72-45 victory over Brazil today in Rio.

While not noted as a heavyweight in wheelchair rugby, the Brazilians rode a tidal wave of support from the massive and boisterous home crowd and surprisingly found themselves within one goal of the Steelers at quarter time (16-15).

It took some stern words from Australian coach Brad Dubberley to shake the Steelers into action and from the beginning of the second quarter, the match did follow the script.

The defending Paralympic and world champions outscored the Brazilians 20-10 in both the second and third quarters, before they cruised to full-time with every player on their team getting on court for some valuable minutes.

Australian captain Ryan Scott admitted his men weren’t at their best in the first quarter, but praised them for absorbing the pressure and maintaining their concentration while the Brazilian fans did their best to unsettle them.

“It was a tough start, but we weren’t surprised. We knew it would be. We haven’t played them since the start of the year and we knew they would improve for the Games and we knew it was going to take some time to get used to what was going on out there,” Scott said.

“The crowd got right behind them, they were pumped up and it was just one of those things.

“They were very passionate. We didn’t take it personally when they were booing us, it was actually heaps of fun. It was a great experience playing in front of a crowd like that.”

And while 72 goals was an impressive offensive effort, it was at the defensive end of the floor that really highlighted the Steelers’ dominance. The Brazillians conceded 32 turnovers in four quarters – a monumental number in wheelchair rugby at the Paralympic Games.

The victory ensured the Steelers remain on top of Pool A.

It now sets up a blockbusting clash against Canada in the final pool match to decide who emerges as the top qualifier.

The rivalry between the two teams is well documented, headlined by the 2012 Paralympic Games and 2014 World Championship finals, both won convincingly by Australia.

The two teams last meet at the 2016 Canada Cup in June, with Australian again taking the honours.

“We are very familiar with each other. We have played each other a lot. I guess we have got the wins over them when it has counted over the past couple of years, but we know they have improved a lot,” Scott said

“It’s going to be an extremely tough game. Canada always gives you the full four quarters.