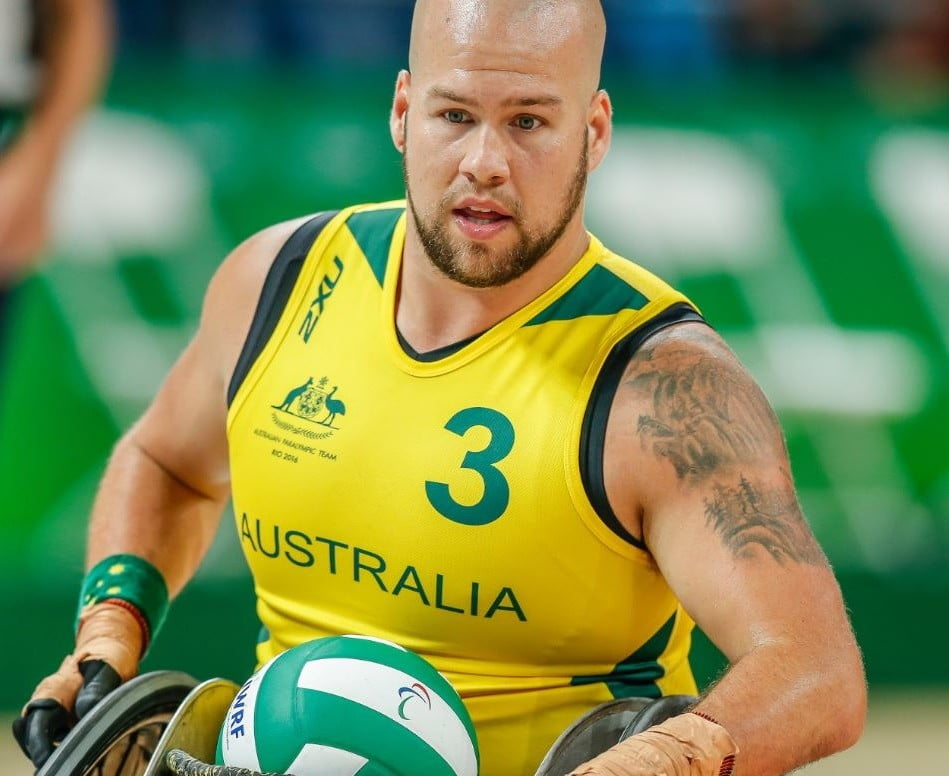 Ask any member of the Australian Wheelchair Rugby Team what their dream outcome would be at the Rio 2016 Paralympic Games, the answer would be the same … to beat the United States in the gold medal match.

Well, after a 63-57 victory over Japan in today’s semi-final, they now have the chance to live that dream.

As the reigning champions from the 2012 Paralympic Games and 2014 World Championships, the Steelers now move into their third-straight gold medal match at a major tournament, aiming to become the first team ever to win those three titles in succession.

The big difference this time will be their opponents, the United States. The Steelers defeated Canada in the past two finals.

But the United States is a team the Steelers have never beaten at a Paralympic Games or World Championships, a record that includes defeat in the gold medal matches at both Sydney 2000 and Beijing 2008.

And with Team USA currently holding the world number one ranking, Australian captain Ryan Scott knows the stakes can’t be higher for his men when they do battle in tomorrow’s final.

“This is everything that we wanted. If you told me at the start of the Games that we would get this chance, I would have been so happy,” Scott said.

“Some people might say there was an asterisk next to our London 2012 win because we didn’t beat the USA, but I don’t believe that, because we beat everyone in front of us.

Despite their record against Team USA, the Steelers will enter the gold medal match with huge momentum.

The resounding six-goal victory over Japan in the semi-final followed their undefeated run in the pool rounds which saw them defeat Great Britain, Brazil and Canada – all world class teams.

But it was the way they dismantled Japan today, creating 14 turnovers and 10 penalties while conceding just seven and three respectively, that really stifled any hope of an upset.

The Steelers led 33-28 at half-time and although both teams scored 16 goals apiece in the third quarter, Japan couldn’t find an answer in the fourth as they desperately tried to reduce the margin.

“Defence is always our strength, we know we will get turnovers. But we have to make sure our offence is clean. If we score all of our goals, no one can match us,” Scott said.

“I think it was definitely our fitness that got us across the line and also a lot of determination We felt in control the whole time.

There was a period in the third quarter where they started to get a couple of turnover and put some pressure on us, but then Edmo (Andrew Edmondson) came on and forced three turnovers in a row. It was huge.”

Edmondson is one of four Paralympic rookies for the Steelers set to play in the biggest game of their lives. Scott said the rookies have brought a refreshing presence to what is a battle-hardened unit.

The captain is one four remaining members of the 2008 Team and one of eight from the victorious 2012 Team.

“We have four guys who have never played a Paralympic final, so we’re trying to see this as a new team, we’re not thinking about past performances. Tomorrow is the game that matters now,” Scott said.

“We’re trying not to think about London too much. To be honest, we’re probably thinking about Beijing more. The guys that were there know how hard it is and how much it hurts to lose it. We don’t want that feeling again.”

The Steelers will play Team USA in the final tomorrow at 12pm (1am Monday AEST).