Silver lining for Cochrane as he switches focus to freestyle relay 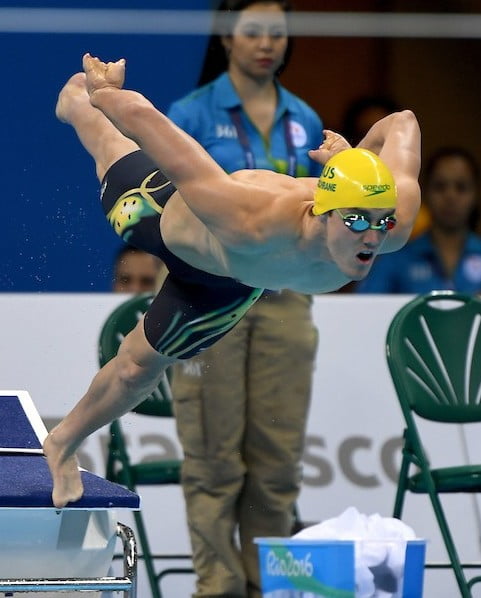 A gold medallist in the 100m breaststroke in London, Blake Cochrane has taken silver in the same event tonight, with a strong performance behind another world record breaking swim by Columbian Carlos Serrano Zarate.

Winning the silver medal in a time of 1.18.66, Cochrane was six seconds behind 18-year-old Serrano Zarate, who burst onto the scene at last year’s world championships and has been breaking world records at will ever since.

Knowing that he was more than likely racing for silver, due to Serrano Zarate’s pure dominance of the event, Cochrane and his coach Jan Cameron have been working on his freestyle just as much as his breaststroke in a bid to help further the team’s chances in the freestyle relay.

“It was the strongest race that I could put together tonight. I’m a little bit disappointed with the time, but overall over I’m happy with the result and can’t do much more than that,” said Cochrane.

“The 100m breaststroke has always been a strong stroke of mine and I’ve put a lot of emphasis on it, but coming into this race I knew I had a tough challenge trying to get that gold medal, so what Jan Cameron and I did was try and focus a little bit more on the freestyle, considering the best chance for a gold medal is going to be the 4x100m freestyle relay team.”

“We have a really strong team this year so hopefully we can defend that title, so I wanted to try and strengthen my freestyle so that I could give something back to the team.”

The Year 9 student is the first Australian swimmer to win multiple medals at the games and will now have a couple of days rest before her main event the 100m breaststroke. In the men’s S6 50m breaststroke Matthew Haanapel finished fifth overall in a time of 30.77, while in the men’s S10 100m backstroke Michael Anderson finished sixth in 1.01.37.