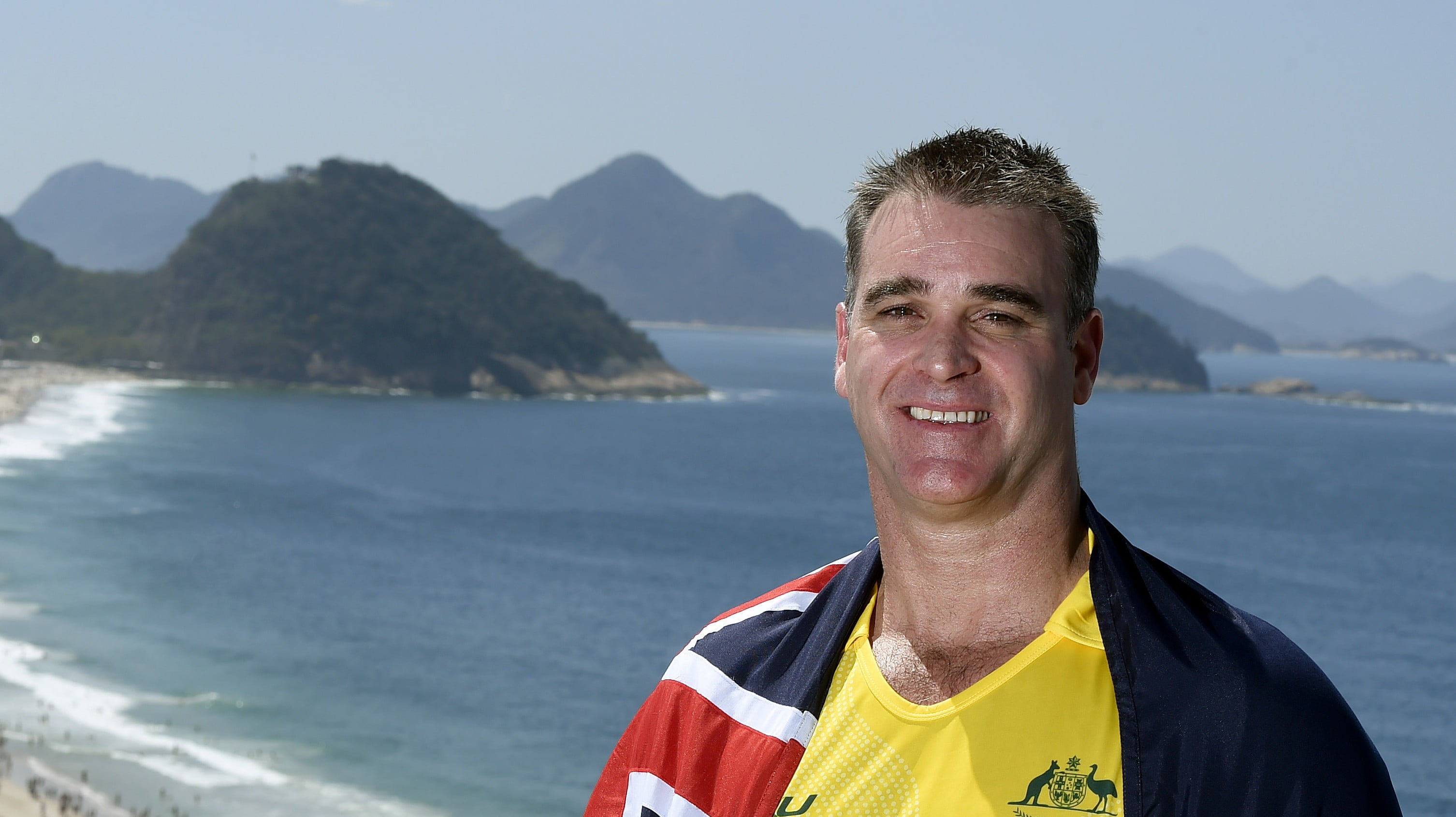 The Australian men’s wheelchair basketball team captain, Brad Ness, will now lead a far bigger sporting contingent out into the arena with the news he will be Flag Bearer for the Rio Paralympic Games Opening Ceremony at Maracana Stadium on Wednesday night (Thursday morning AEST).

Ness did not take long to tell his Australian teammates what it meant to him to be given the honour, from Chef de Mission Kate McLoughlin.

“Carrying the flag at the Opening Ceremony is going to make me feel 10 feet tall and bullet-proof,” the 41-year-old said, who is competing at his fifth Paralympic Games.

“He is talented athlete, a determined competitor, and a fiercely patriotic Aussie,” McLoughlin said.

His name was read out in front more than 150 of his Australian teammates, who have now arrived in the Rio Athletes Village for the XVth Summer Games (September 7-18). Australia will compete in 16 of the 22 sports on the Paralympic program.

Ness made his Paralympic debut for the Rollers as a 25-year-old at the 2000 Sydney Games. The Rollers were defending Paralympic champions from Atlanta in 1996, but did not medal in front of the home crowd.

“I thought I had experienced every emotion from winning gold to losing finals, to not qualifying for medal rounds, so to have this now happen is really hard to describe. It’s special; it’s such an honour.”

Ness lost half of his right leg as an 18-year-old in a boating accident in Western Australia. He worked as a deckhand aboard a high-speed ferry between Rottnest Island and Fremantle but a rope became entangled in his leg, when the ferry pulled away from the dock.

Now a veteran of the Australian Paralympic Team, Ness said he couldn’t quite believe the journey he had been on since that fateful day as a teenager.

“My family has been huge all along the way, and my mates that go by the banner of ‘old school’ who have been with me since I had the accident,” Ness said.

“And I’d like to thank the APC, Basketball Australia and the Rollers players and staff for being so great. The Rollers of the past took me in when I was young and raw… guys like Sandy Blythe, Troy Sachs and David Gould.

“I got to learn from the best. To have them as a rookie was huge for me. They taught me how to go about things on and off the court. They are a massive part of why I’m here today.”