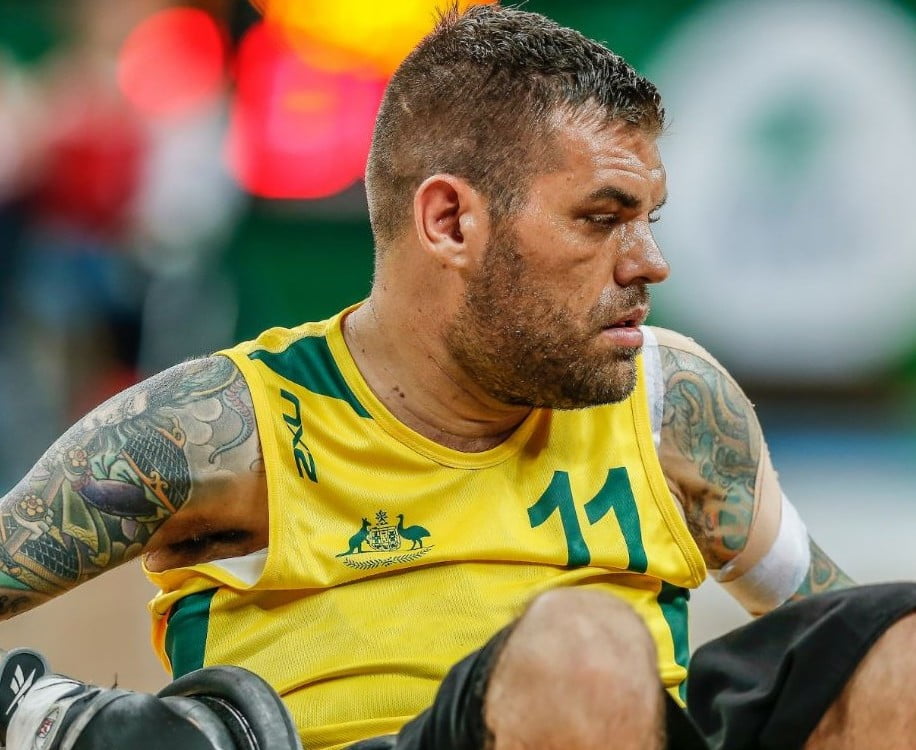 The Australian Steelers are one victory away from the Rio 2016 gold medal match, after qualifying on top of their pool with a heart-stopping victory in overtime against Canada.

With scores locked at 56-all at full-time, the teams traded goals six times during the three-minute overtime period, but it was the Australians who handled the immense pressure best to score the decisive goal.

It was Chris Bond who smashed through the Canadian defence to cross the line with 10 seconds remaining to secure the 63-62 victory.

Usually a hard-maker when reviewing his team’s performance, Australian captain Ryan Scott said he couldn’t fault the effort his men against a Canadian side that fought doggedly until the very end.

“I’m really proud of how the boys played tonight. We have had some really tough games over the last couple of days, and to go out there and do what we did was absolutely awesome,” Scott said.

“You have to be happy after a win like that. It was end to end and we knew it was always going to be tough.

“In overtime, we didn’t do anything silly. We didn’t hold up the ball for long periods. We just kept scoring, kept putting ourselves in front and kept the pressure on them.

“We played a really good game and we knew that if it went to overtime, we were playing well enough to win it. We were very confident the whole way through.”

The 63-62 victory now sets up a tantalising semi-final clash against Japan, with the winner moving into Sunday’s gold medal match to face either Canada or the United States. The two losers will play for bronze.

Scott knows anything can happen from here, but his men will be ready.

“I honestly can’t call it. It’s going to be that close. It wouldn’t surprise me if both semi-finals go to overtime or double overtime,” he said.

“But we’re feeling good, we’re excited and really looking forward to our semi-final now against Japan.”

Japan finished second in pool B after going down to the United States in overtime in their final pool match earlier today.  The United States were undefeated and topped the pool.

The United States and Canada will play their semi-final at 1:45am (AEST) before the Steelers and Japan do battle at 5am (AEST).