Michel begins his Paralympic debut with a win 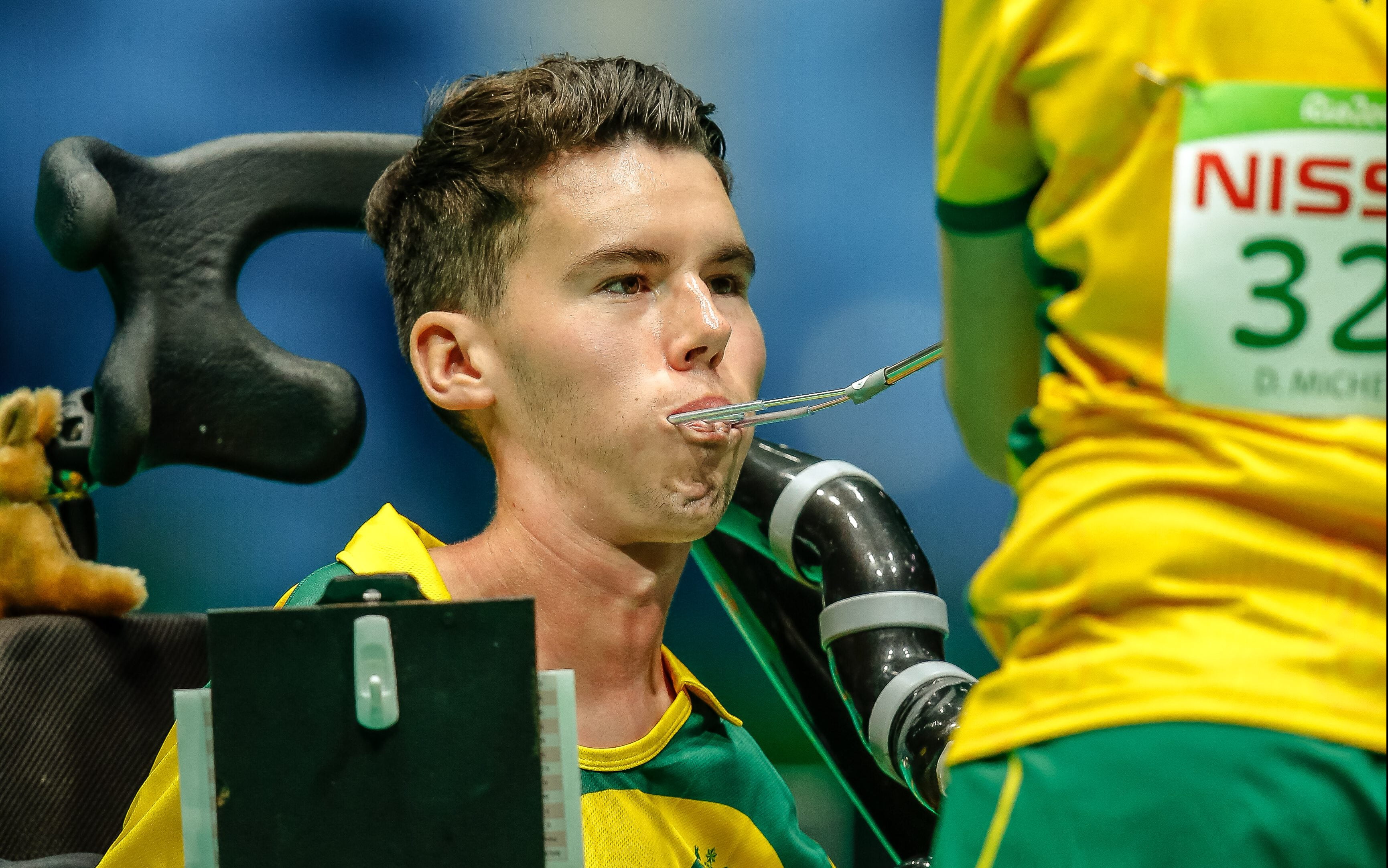 Ranked world No. 15 in the BC3 class, Michel defeated Great Britain’s Jamie McCowan, 3-2, in a match which came down to the final ball throw.

“It was very tough, but we knew it was going to be a hard game,” said the 21-year-old Paralympic debutant.

“Jamie is a really good player, and it was really great to be able to get there in the end.”

Still revelling in the excitement of competing at the pinnacle event in his sport, Michel said:

“It’s taken me until now, but I’ve just realised I’ve won my first match at my first Paralympic Games. Sitting back thinking about it, it’s really, really cool to have done that.”

Michel and his ramp assistant Ashlee McClure still have one more pool match to go before proceeding to the quarter-finals. The BC3 class is split into pools of three athletes, and each win is critical for Michel to reach the medal rounds.

“I probably didn’t want it to be quite as close a game, but it’s the Paralympics and you have to take them any way you can get them, so I’m happy with that,” he said.

Tomorrow, Michel will compete against Grigorios Polychronidis of Greece, who he has never defeated previously.

“With a win under my belt, I’m definitely feeling good but he’s world No. 3,” he explained.

“He’s in really good shape so it’s going to be another tough game. It’s pretty much do or die from here, and we knew that coming in, so we’ll do our best to prepare and do our best again tomorrow.”

Making its debut as a Paralympic sport in 1984, boccia tests each competitor’s degree of muscle control and accuracy. Competing in wheelchairs, athletes with severe impairments throw, kick or use a ramp device to propel six leather balls as close as possible to a target known as a jack.

Michel will compete tomorrow at 2:15am AEDT.