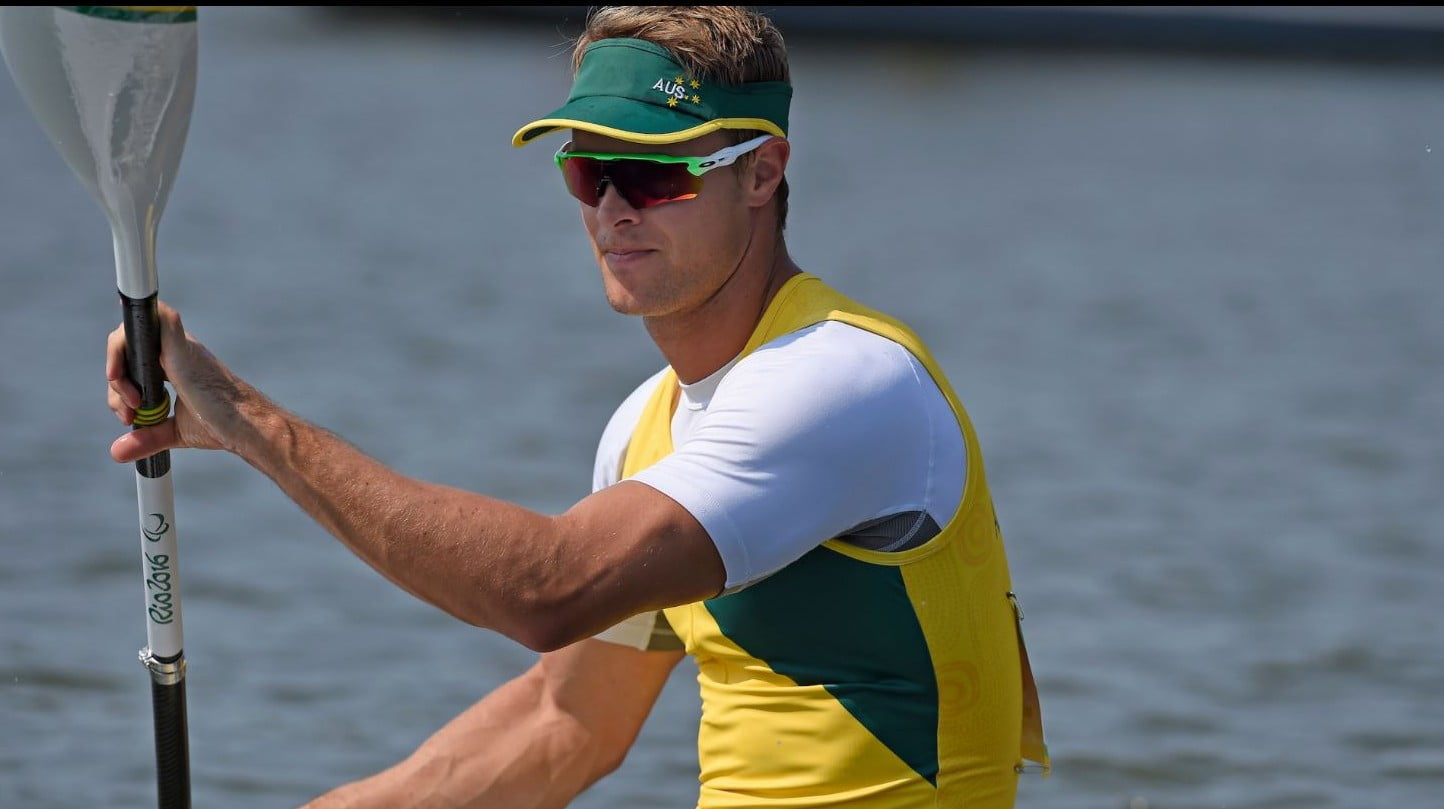 The legendary tale of Curtis McGrath has culminated in an extraordinary triumph, with the Australian Army Sapper now earning the rank of Paralympic champion.

“To actually cross the line in first place is really nice to have that relief and satisfaction of gold,” said the paracanoe men’s KL2 champion.

The 28-year-old snatched the world championship title off six-time winner Markus Swoboda earlier this year, setting up the ultimate showdown at Lagoa Stadium, in the sport’s Paralympic debut.

And, as is customary, McGrath left it till late to overtake the Austrian in the kayak 200 metre sprint.

“Markus is a very strong paddler and the sport wouldn’t be the same without him and he’s got an amazing start,” said the Gold Coast resident as he re-counted the race.

“It’s actually a carbon copy of our race in Duisburg (Germany) in world champs this year. So he’s ahead at the 100 metre mark and I slowly, gradually kick in another gear and just cruise over, well not actually cruising but busting.”

It was a supremely executed race by the Australian, who was powerful, yet elegant, as he swamped Swoboda to win by 1.5 seconds.

Bronze medallist, Great Britain’s Nick Beighton, remarked to McGrath after the race it’s been “quite a journey from Afghanistan”, where he lost both his legs after stepping on an improvised explosive device while serving in the Army four years ago.

“When I’m at home, just having a bit of quiet time, drinking some decent coffee, (I’ll) just reflect on the wounds that have healed and the people that have helped me get here,” said McGrath.

“(But) it’s not a time for reflection now, it’s a time for celebration. When I get home I’ll definitely have a sit down and think and have to start writing it all down.”

And the next chapter might not be written in paracanoe.

“There’s a lot ahead, I’m still only 28 and Paralympic athletes generally have a little bit more longevity. I’d like to go to Tokyo, maybe take up another sport, but we’ll see how we go.”

Amanda Reynolds was involved in a thrilling contest with Great Britain’s Anne Dickins, and France’s Cindy Moreau in the women’s KL3 final.

The trio could barely be split for most of the race, until reigning world champion Dickins just pushed ahead to win gold, with Reynolds 0.03 seconds behind in the silver medal position.

The Victorian admitted she was left to lament what could have been.

“Initially it was like ‘arrrrgh, oops’, but I gave it everything I had, so I’ve gotta be proud of that and just head down, bum up and start training again,” the 44-year-old said.

“I never thought I would be here, so the reality of getting here, the rest of it was a bonus. I’m stoked with whatever I walk away with and the support behind me has been just immense.”

“It’s so, so special, it’s been a long road to get here,” the 30-year-old paused as she realised the enormity of the achievement.

“It’s just sinking in now how amazing this moment is and the fact that we’re the first paracanoe medallists in history,” Seipel continued.

“I’ve wanted to be a part of this for so long and not just because it’s the ultimate in sport, but also socially it just goes to show people with disabilities can do amazing things.”

Jocelyn Neumuller capped off her debut appearance with a fifth placing in the women’s KL1 final.

“I think it’s been a real rollercoaster over the past few months since first qualifying for the Australian team and then the Paralympic team all within basically two months,” said the South Australian, who only started the sport at the end of last year.

“It’s been a great journey to get here and it’s only beginning, it can only go up from here.”

Colin Sieders was eighth in the men’s KL1, and conceded it wasn’t his best race.

“I’ve struggled the last two days, I don’t know why. But it’s the Paralympics it’s awesome, first one, so hopefully we can do another one in Tokyo.”