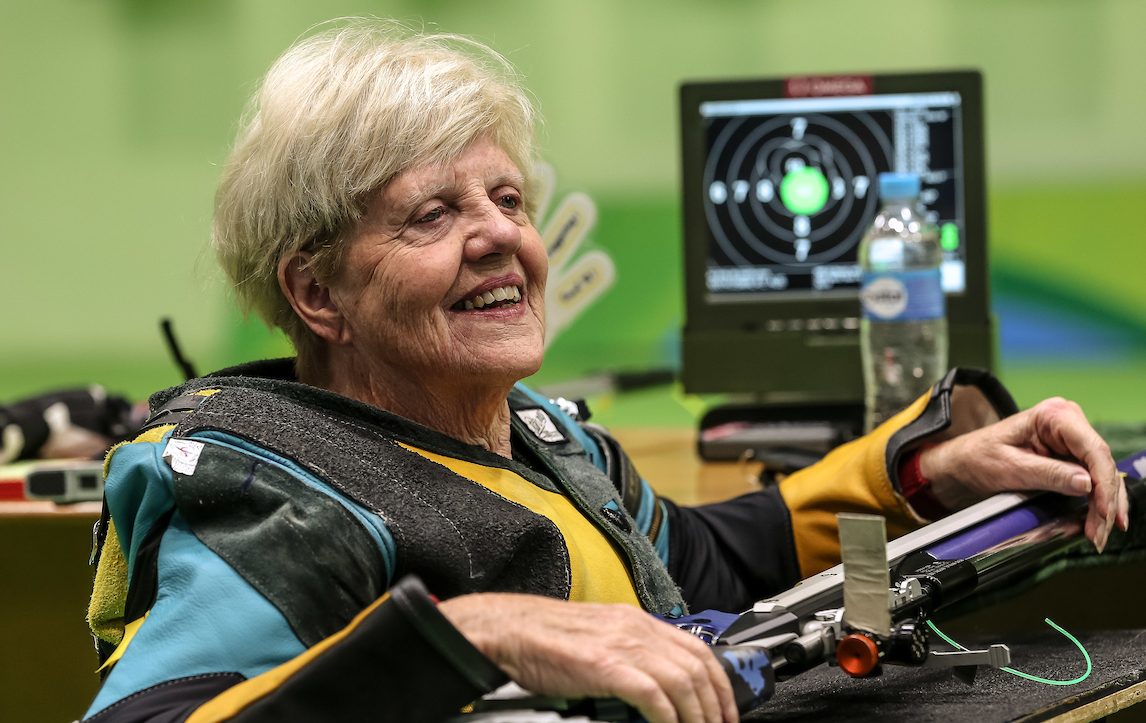 Twelve-time Paralympian Libby Kosmala has hung up her rifle after a 37th place finish in the mixed 10m air rifle prone SH1 at the Rio 2016 Paralympic Games.

The 74-year-old, who has competed at every Paralympic Games since 1972, says she would have liked to have performed better in her last event.

“I’m fairly happy. I’ve enjoyed it, but I haven’t shot as well as I’d have liked,” Kosmala said.

The nine-time Paralympic gold medallist says she hopes to remain involved in Para-shooting during retirement.

“I’ll continue shooting at home because it keeps me fit and I enjoy it. In fact, I’m training a young one at home at the moment, Steven Myers. He’s very new, but he’s very keen. I’m quite keen to get home and really train him.”

The South Australian says that while competing in Rio, she tried not to think about former teammate Ashley Adams, who lost his life last year in a quad bike accident on his Queensland cattle farm.

“It’s very hard though, not to. We had photos of him. We’ve got one on the door at the Village.”

“Yeah, I blew it,” Zappelli said. “Very disappointing. I had one shot that just threw me right off, and from then on, I couldn’t get it back together.”

Meantime, Bradley Mark and Luke Cain did not make it through to the final of the mixed 10m air rifle standing SH2.

Queenslander Mark finished 12th, while Cain of Victoria was 26th, of 29 competitors.