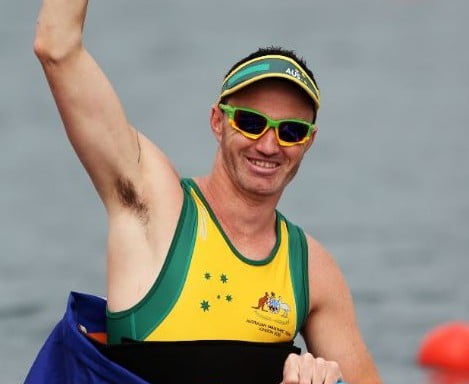 Triple reigning World Champion Erik Horrie produced a flawless first hit out at Lagoa Stadium to progress straight to the A-Final, on day one of the rowing regatta.

The 36-year-old set the pace from the start, in the second heat of the AS Men’s Single Sculls.

Beijing 2008 Paralympic Champion Tom Aggar kept the pressure on the Sydneysider for the first half of the race, but Horrie’s superiority shone through.

The London silver medallist finished a comfortable five seconds in front of his British challenger to earn a day off ahead of Sunday’s medal race.

“It doesn’t change anything, tomorrow I’ll be in the boat so it’s just basically got that one out of the way and just focus on Sunday,” Horrie said.

“We’ll go over the data and look at different bits and pieces. Tomorrow we’ll come out and do a training session (and) just go from there.”

Kathryn Ross and Gavin Bellis came to Rio as the favourites in the TA Mixed Double Sculls, having won the past three World Championships.

But they misfired in their heat, finishing fourth, 11 seconds behind the winning crew from Great Britain.

Ross admitted they didn’t master the conditions, “this water’s quite bouncy and quite hard to control so learning how to control that a bit better might help us along.”

They will get another shot at making the final in tomorrow’s repechage, with the top two crews in each race progressing.

“Sunday’s the day when it counts and we’ve got another chance to get there,” Bellis said.

“This one’s down, we’ll learn from it, try and adjust for tomorrow and go from there.”

It was a valuable experience for the crew, with all five members making their Paralympic debut.

“It was pretty nerve-wracking but exciting,” said Lefroy.

Jeremy McGrath conceded they weren’t at their best.

“We probably got a bit too carried away and a bit too caught in the moment off the start, and we didn’t go ahead with other crews and just tried to catch up the rest of the race,” he said.

“We left too much work at the end unfortunately, but we’ll learn (from) that for the repechage and we can improve on that.”