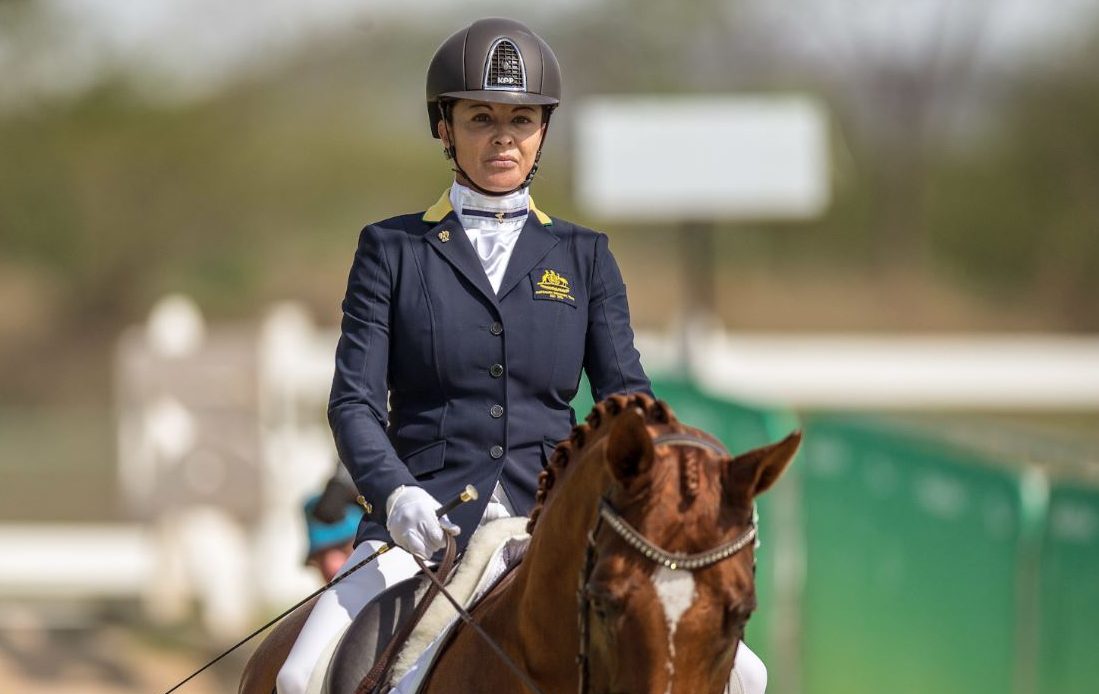 Australia’s Para-equestrians and their horses have been forced to battle the stifling Rio de Janeiro heat, as they competed in the individual and team tests at the Equestrian Centre on day six of the 2016 Paralympic Games.

43-year-old Katie Umback (Grade III), who has multiple sclerosis, says she was worried she would faint as she performed her individual test aboard her horse, Marquis, in temperatures in the mid-30s.

“I struggle with heat with my disease, so it was a really, really big challenge before I started. But I managed to do everything that I set out to do. My horse responded in the way I wanted him to respond. I just gave it everything I had,” she said.

Teammate Sharon Jarvis and her horse, Ceasy, benefited from a late afternoon start, scoring 68.585 per cent to finish in ninth spot.

“The test had too much tension to get a really good score, but it was far better than the other day, and I’m really happy.”

Earlier in the day, Victorian Emma Booth (Grade II) finished 13th out of 14 competitors in the team test.

The 25-year-old and her horse Mogelvangs Zidane scored 65.765 per cent, the lowest score of the four Australian competitors.

Booth had qualified for Rio with a score above 73 per cent, but she says she wasn’t too disappointed.

“This was our first time in such a big arena, me and Zidane, so it always feels a little bit different out there than it does at home, but he tried really hard. He was a little bit sensitive, and you know, a little bit looking at the crowd, but I’m really happy with it,” Booth said.

“There were good parts, and horses are a little bit unpredictable. He just had a few little trips, so that just threw us a little bit.”

Booth, who acquired paraplegia in a 2013 car crash, is competing at her first Paralympic Games.

“I think it still hasn’t sunk in yet that we’re actually here and we’ve done it. One down and one to go, so it’s exciting. Hopefully, next time we’ll be a bit more relaxed.”

The team score is determined by adding together the best three individual aggregates across the team and individual tests.