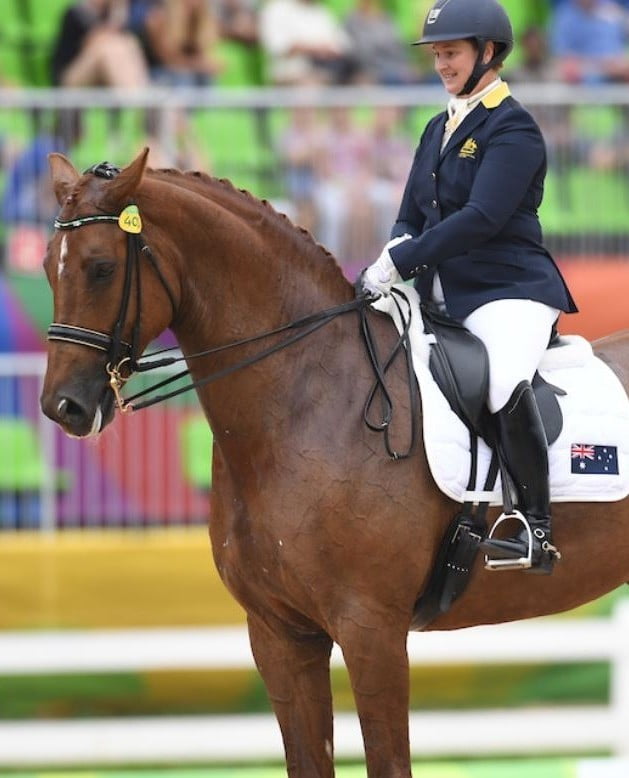 Para-equestrian Lisa Martin has capped off her first Paralympic Games with a fourth place finish in the Individual Freestyle Test Grade IV at the Rio 2016 Paralympic Games.

Martin says it was, on the whole, a good ride.

“A couple of little things. She’s still green, but she was still good, so really happy with her.”

Martin of Scone, New South Wales, says she prefers the freestyle event over the Individual Test, where she also secured fourth place.

“It’s got a little bit more to it that we really enjoy doing. This is basically where she’s been training, so it’s great, I love this.”

The Individual Freestyle Test was won by Belgium’s Michele George, with Great Britain taking silver and the Netherlands bronze.

European countries have won the bulk of the medals at the equestrian, and Martin says they compete at such a high standard.

“They’re just incredible. They’re just so seasoned. They’ve been doing it for years. We started in January and we’re still getting used to coming back from where I was training.”

Martin says her debut Paralympics has been amazing.

“It’s been a great experience and I’d love to do it again.”