Australian Rollers vs The Netherlands – Day 1 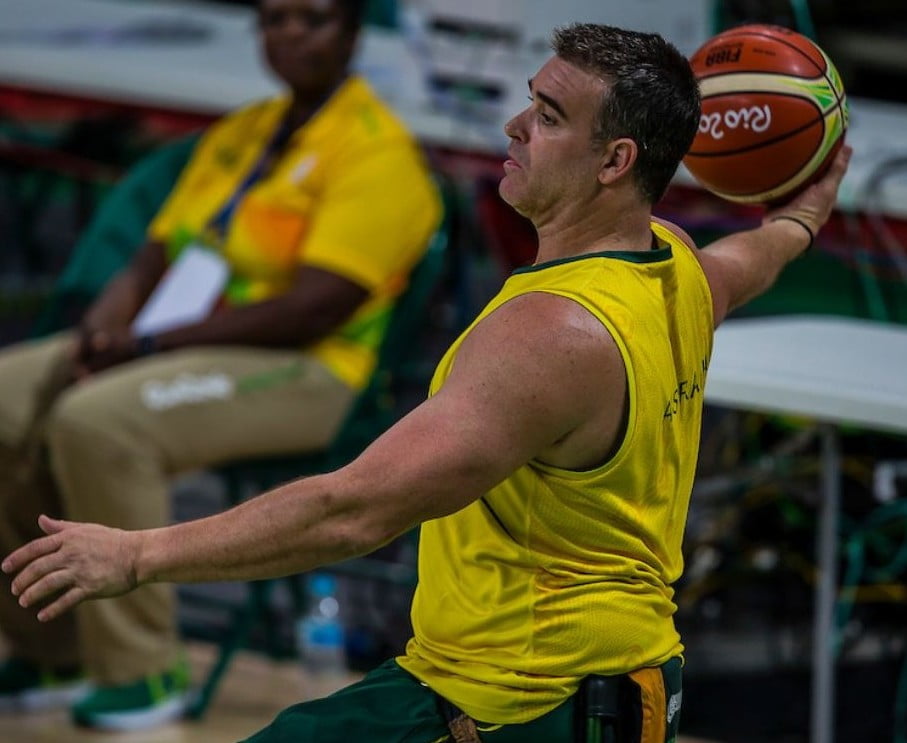 The Australian men’s wheelchair basketball team has recorded a 70-50 win over the Netherlands in its first match at the 2016 Rio Paralympic Games.

Tristan Knowles led the way for the Rollers, hitting 28 points with 12 rebounds as the Australians outscored their European rivals across all four quarters, to secure a 20 point win.

Entering competition as reigning world champion, the Rollers set a marker of intent early, slowing the Dutch scoring options, as Knowles began to make his presence felt at both ends of the court.

The Australians held a 10 point advantage at quarter time and managed to employ all 12 members on court by the main break, as regular substitutions allowed the group to maintain a high intensity throughout, as they closed in front at 37-25.

Mustafa Korkmaz kept Dutch hopes alive in the second half with an impressive shooting display. He scored 24 of the Netherlands’ total and had even threatened to cause an upset, as they closed to within five points during the fourth quarter.

Australia’s defence however, stood firm, keeping the Netherlands’ field shooting to 34% ensuring the Rollers would head into its Day 2 clash with Turkey, with a win under its belt.

Rollers’ coach Ben Ettridge was pleased with the win and paid tribute to the five debutants on the team.

“It was just excellent to get all 12 guys on court and contributing and having an impact and I’m really proud of the five first time Paralympians to all get on the scoreboard as well, so that was excellent,” Ettridge said.

For captain Brad Ness, the win was a return to business, a day after the fanfare of carrying the Australian team flag at the official opening ceremony on Wednesday night. The Western Australian was still buzzing from the role.

“It was pretty special, it’s not every day you get to do that,” Ness said.

Turning attention to the match, he said, “Today was alright, We grinded and it was a difficult win. We’ve got a few things that we need to – not so much adjust to – but get better at doing.”